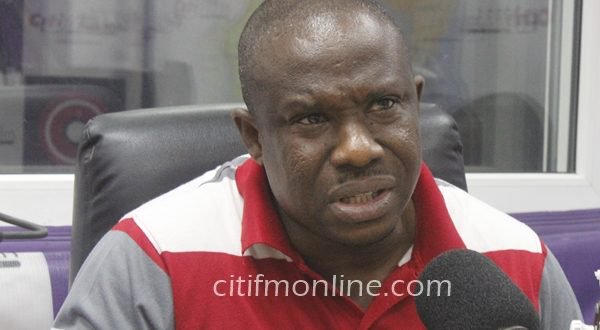 Ejura Killings: Lay everything at the door steps of Simon Osei Mensah

The Former MP for North Dayi Constituency, Mr George Loh has said the Ashanti Regional Minister, Mr Simon Osei-Mensah must be blamed for the brutalities which saw two demonstrators shot dead and four others injured at Ejura on June 29.

That he said was because the Minister failed in his duty as the chairman of the Regional Security Council in deploying military to the community without doing due diligent.

He mentioned the appropriate decision would have been for him to call a meeting with the leadership of the region’s security services instead of taken a unilateral decision to give the command for deployment adding once the the minister got it wrong everybody else in the chain of the command also got it wrong.

Mr Loh was speaking on Big Issue on Citi TV monitored by GhanaPlus.com on Saturday, July 10.

“Looking at the time that he received his report at least, he could have called the security chiefs in the areas before a decision is taken as to what to do that is the proper thing to do”.

I was compelled to dispatch the military

The Ashanti Regional Minister on July 7, while before the Ejura Committee of Inquiry said he was compelled to call the Military to Ejura following an intelligent report that the youth were going to demonstrate and vandalise properties after the burial of the murdered social activist, Ibrahim Mohammed also known as Macho Kaaka.

READ ALSO:  Campaigning now is against the laws of NPP – Nana Obiri Boahen

He revealed he received the intelligent report on June 28th, a day before the 29th in which the demonstration took place.

Speaking about the Minister’s testimony before the committee, Mr Loh said the minister could have called for a District Security Council (DISEC) meeting or speaks to few intelligent experts in the region before taken the decision to deploy the military.

Two persons were shot dead at a Ejura and four others sustained various degrees of injury after the military opened fire on civilian demonstrators who were demanding justice for the murdered social activist and a member of the #FixTheCountry campaigner, Ibrahim Mohammed.

The activist died few days after he was mob attacked in the community by unknown.

Three persons including his brother had been held by the Ghana Police Service over the murder.

However, a committee to probe into the circumstances which led to the shooting of the demonstrators had completed it public investigations and are expected to present a report to the President on the matter.