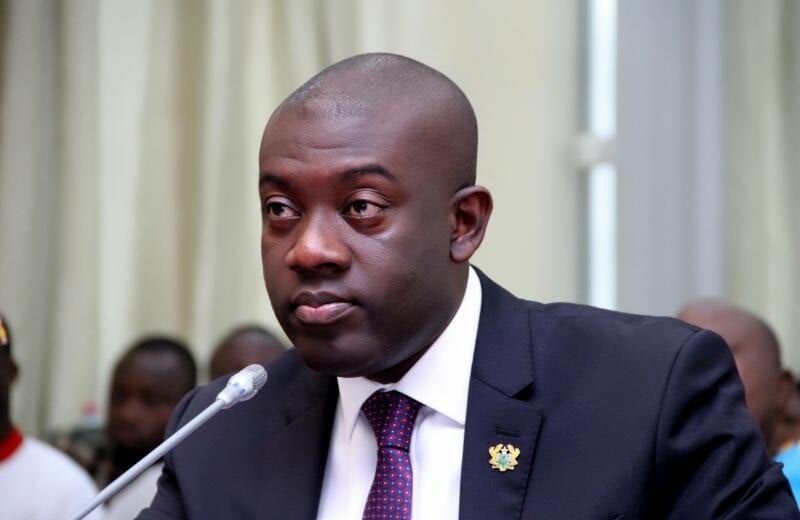 The Minister of Information, Kojo Oppong Nkrumah has thrown jabs at the National Democratic Congress over its decision to amend its 2020 Manifesto barely one week to the general elections.

According to him, no serious government amends his manifesto six days to elections describing their action as consistent inconsistency.

“How does a candidate who wants to be taken seriously announce 6 days to an election that he intends to amend his manifesto? Consistent inconsistency!!,” his Tweet reads.

How does a candidate who wants to be taken seriously announce 6 days to an election that he intends to amend his manifesto? Consistent inconsistency!!

The National Democratic Congress(NDC) on Tuesday, December 1, announced an amendment to its 2020 Manifesto promises to pay in full, all fees for all fresh students of all tertiary universities for the 2020/2021 academic year.

READ ALSO:  I had sleepless night over Ghanaian students stuck in China during Covid-19 out break - President Akufo-Addo

According to a statement signed by the Party’s Chairman Samuel Ofosu Ampofo, the addition to their manifesto follows a recommendation by the party’s Education Policy Group.

However, their policy for payment of 50% academic fess for continuous students still stands.

The NDC’s announcement came ahead of the Ghana Scholarship Secretariat planned announcement of scholarship package for graduates of the 2020 West African Senior School Certificate Examination (WASSCE).