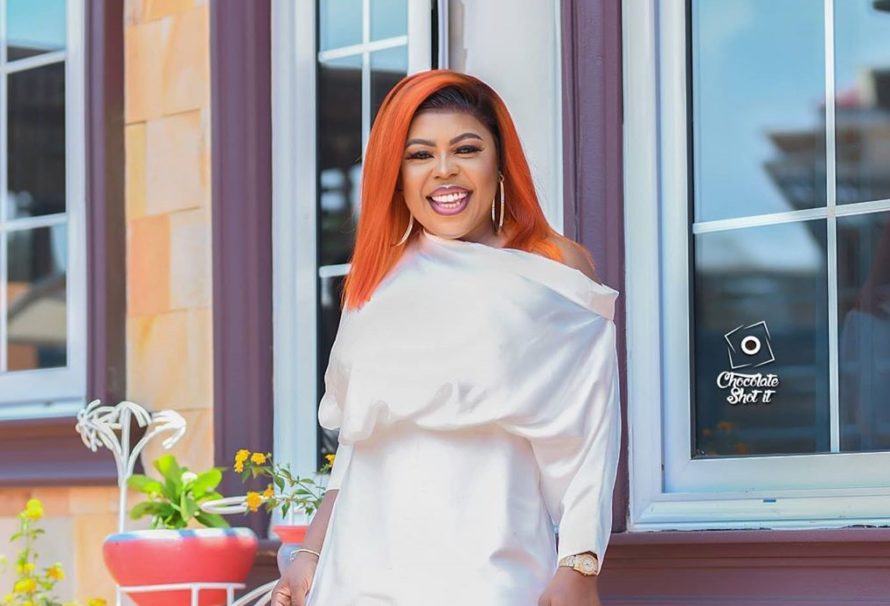 Controversial media personality, Valentina Nana Agyeiwaa, popularly referred to as Afia Schwarzenegger has advised contestant of the 2020 Ghana’s Most Beautiful pageant not to sleep their way into fame.

According to her, many who took such a path could no longer be found in the industry due to that singular act and urge the ladies to work hard to maintain their relevance in the Ghanaian celebrity circles.

“Don’t sleep your way out to fame, there are many faces in the industry that you do not see again because they slept their way into fame”.

“If you sleep with Kofi today, tomorrow he will see someone who is much beautiful than you, so work your ass out to fame” she added.

The finalist hangout was to create some excitement for the girls who have been in the reality house for the past 13 weeks before the grand finale on Sunday, September 21, 2020.

The day which also coincided with the birthday of the South Africa Wines Ghana CEO, Miss Eunice Ogbugo, one of the sponsors of the 2020 GMB saw a thrilling performance from the VGMA album of the year winner, Kidi and Fameye who is the reigning VGMA’s New Artiste Of The Year.

The six finalists namely, Afriyie, Abena, Kafui, Zuzu, Talata, and Naa were joined by some of the evictees of the reality show to have some fun ahead of the finale tomorrow.

Speaking about the hangout, the finalists were grateful to TV3, organizers of the GMB reality show for the opportunity to have some fun after months in the competitive reality house.

Ms. Ogbugo on her part indicated that her outfit was honoured to be associated with the GMB brand.

She noted that they would be partners of the prestigious and most-watched television reality show for many years to come.