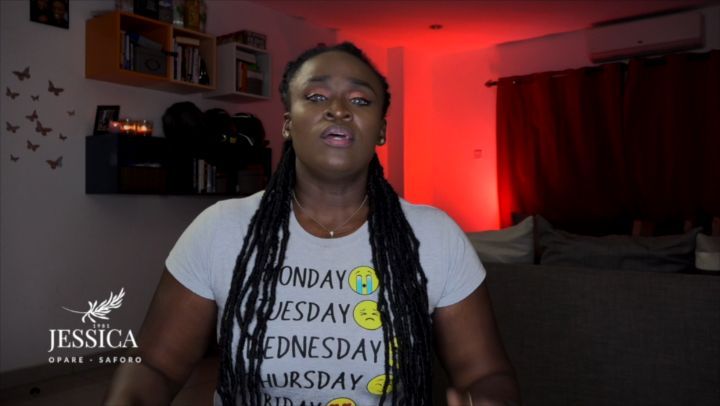 Some Ghanaian men have descended heavily on Ghanaian ace broadcaster Jessica Opare Saforo for asking women to sue their partners in the incident of a breakup.

The radio presenter and television host on October 14, shared a post in which she sought to educate the public about the country’s law on the “Breach to Promise to Marry” which allows men and women to seek legal redress whenever their partners failed to fulfill their promise to marry them.

Although the law applies to both male and female, the ‘Sister Sister’ host placed more emphasis on women in the post which she captioned, “If he doesn’t marry you… SUE HIM!”.

“More often than not women get dumped by their partners after they promised to marry them. This video shows you how you can get adequate compensation for all the time you wasted on this guy who dumped you,” the caption accompanying the post further read.

However, male followers of the broadcaster who were obviously not happy with the post and others who we believed did not even take time to listen to the contents of the post have shared their reactions and GhanaPlus.com brings you some of their comments.

READ ALSO:  Who takes over from Ebony Reign as VGMA Artiste of the year?

Quequ Dwomoh wrote that “I have not bothered to listen but i know the caption is just enough for me to know you are being diabolical. Why do you deliberately destroy the moral fabric of society by polluting the minds of young ladies? That you have decided to marry because you probably met a jerk or perhaps one fine guy met you doesn’t mean you have to use your social media influence to propound these wild theories. It’s just too one sided. Why do you misguided feminists think the world should revolve around your ideas? Men and women are not at war, it has never been so until ‘misguided feminists’ like yourself emerged. So the guy is always wrong in a relationship? What kinda skewed mentality is this. Stop this, people respect you. Trash!!!”

Another who goes by the name Błå Qûę said that “Just unfair and bias….what about the ladies who allow themselves to be taken care off by men through university only for them to complete and tell our men they no longer love them and are not their “class”?? what happen to those ingrates?? Do they get sued for fraud??????”

Isaac Osei-Antwi wrote “Are you married? Guess not. Will you marry? I don’t know.  Base on what experience do you give those advice from books or what?”

Kingsley Owen also added that “It’s useless, it’s ‘Medicine after death’ don’t take promises, let them do what they said period! If you aren’t married, don’t talk about what married people do!”

Edmond Billeh said “You are a joke, what about ladies who dumb their guys after milking everything from them? As for this one, madam you missed the target, come again”.

Chris Cheff Laboreille, on the other hand, wrote “So after promise of marriage, you find out things that can’t allow you to marry, then the lady black mails you with a lawsuit… Cuz he slept with you or cooked for you?.

Video: If he doesn’t marry you… SUE HIM

Kim Kardashian opens up about Kanye West’s Mental Health, calls for compassion in the wake the crises