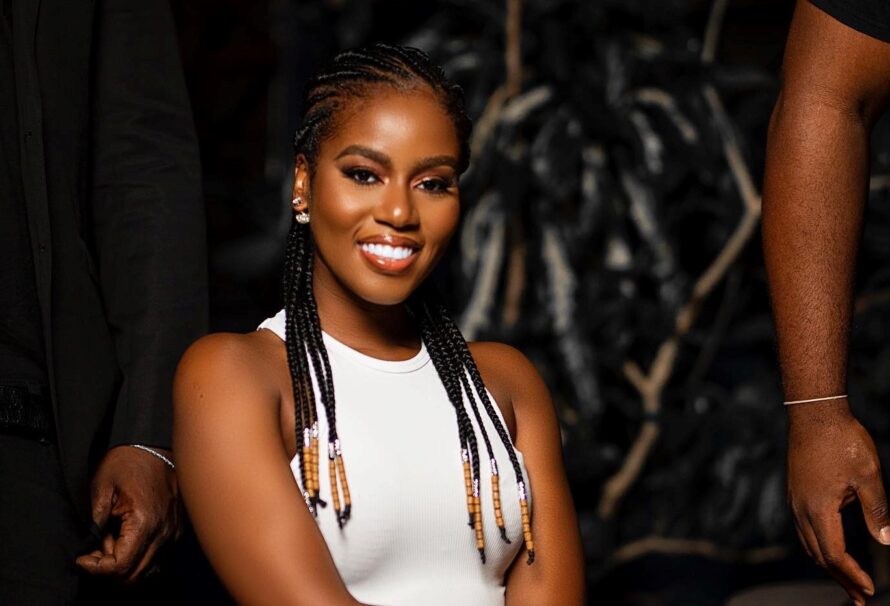 Celebrated Ghanaian afropop, dancehall and R&B artiste singer, Vera Hamenoo-Kpeda, MzVee has said  she is seeing someone, the reason behind the love song she has been releasing recently.

Speaking on MTN Blezz Da Mic With Mzvee & Abeiku Santana on Friday, May 14, monitored by GhanaPlus.com, the balance singer said, falling was actually, her love note to the special someone in her life right now.


“But Abeku, I actually wrote this one on my own with him in the room, so this song, I wrote it because he was standing right there, so this one was a love note from me to him, right there and then,” she said while her track falling was being played by Abeku Santana.

The Natural girl hit maker was in the studio of Okay FM to promote her 13track album titled inVeencible.

READ ALSO:  The name "delay" is having an adverse effect on Delay's life

The 13 tracks are You Alone, Balance, Vibration, Vanity, Falling, Body, African Woman, Baddest Boss, Gentleman, My Level , Love Letter, Halleluiah, TMV(Outro) with notable names in the industry including Sakodie, Kelvin Boy, Afia, Medikal among others featured on it.