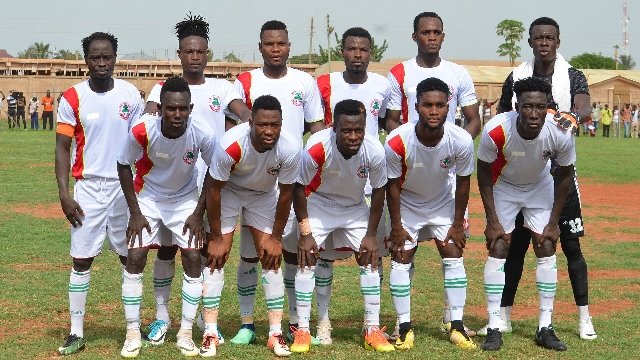 Eleven Wonders defeated a 10-man Medeama SC in matchday 33 of the Ghana Premier League at the Techiman Ohene Ameyaw Park.

The Techiman based club inflicted a 3-1 win over the Yellow and Mauve on home turf on Sunday in the penultimate match.

Midfielder Tetteh Nortey opened the scoring as early as the fourth minute with the opener.

In the 48th minute, referee Isaac Osei awarded what is perceived to be a dubious penalty to Eleven Wonders which was expertly converted by Kwame Simms.

Abass Ganiu scored the third again through an argumentative penalty with one minute left on the regulation time before Prince Opoku Agyemang climbed off the bench to score the consolation seven minutes into injury time.

READ ALSO:  "I'm here to give something back," KP Boateng after Hertha Berlin move

Eleven Wonders, however, have secured their survival in the league due to the victory. They are now on 11th position with 42 points with a game to spare.

Meanwhile, Medeama will now have