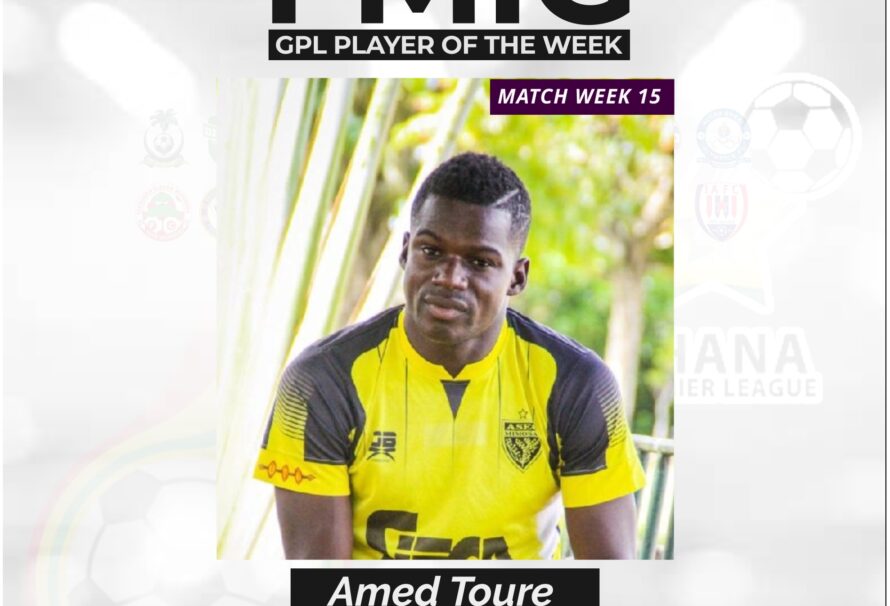 Medeama SC striker Amed Toure has been named as FootballMadeinGhana’s Player of the Week for the Ghana Premier League Match Week 15.

Toure, back to the GPL after a stint abroad made his first start for Medeama SC during their away clash against Elmina Sharks.

Toure netted two goals as he helped his side to a crucial away win.

The former Asante Kotoko striker opened the scoring after 3 minutes. Elmina Sharks clawed back into the game with an equalizer.

However when everyone expected the game to end in a draw, Toure showed up again to net his second goal which proved the match winner.

For bagging a brace to ensure his side won on his debut, Amed Toure is named as FMIG’s Player of the Week.