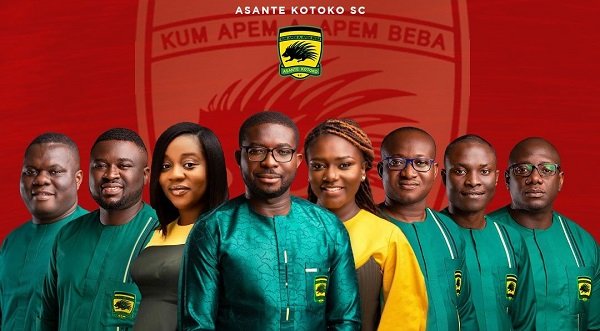 Ghanaian premier league club, Kumasi Asante Kotoko Sporting Club has begun an online diaspora survey to reach out to supporters of the club beyond the shores of the country.

The survey primarily focusing on fans of the legendary club outside the borders of Ghana aims at generating insight into supporters’ level of interest in the affairs of the club and willingness to contribute to the success of the club.

It is also to determine the extent to which those loyalists of the club were willing to let go in terms of financial support through membership subscriptions, news subscriptions, donations, sponsorship among others.

The survey sample cited by GhanPlus.com and sponsored by Survey Monkey, a global leader in survey software with about 20 million questions answered daily and on the theme “Asante Kotoko Diaspora Supporters Survey” among other things quizzed basic information about supporters, such as name, age, gender, country of resident and contact information; both telephone and email.

It also quizzed the supporters of the 23 times champions of the Ghana Premier League about their wiliness to support the club financially and otherwise, either by purchasing products, patronizing their marches when played in the country of residence.

The Porcupine Warriors’ diaspora survey also asked for what changes supporters desire to see in the club going forward and recommendations to that effect.

Speaking to the media, the Ghanaian entrepreneur and television host with much recognition abroad said the team which she was part would restore the club to its former glory.

On sharing the survey news, which falls under her office on Facebook, Dentaa called on all supporters of the club abroad to come on board to push the new agenda of the club.

“Are you a true Porcupine living in the diaspora? Lend us a push by completing this quick survey for Asante Kotoko SC,” she wrote.