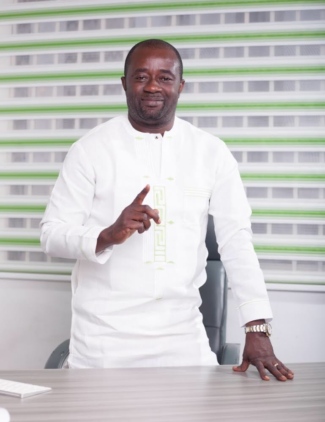 The President of the Ghana Football Association, Kurt E. S. Okraku begins a 4-day tour of the Bono, Ahafo and Northern regions to meet selected clubs from Zone one of the National Division One League today.

The exercise has become necessary following recent spate of violence recorded at certain Division One League match venues in the aforementioned zone.

The Zone 1 of the ongoing division one league season has been identified as a hot spot after recent incidents where fans of some clubs have resorted to assaulting referees and match officials if results don’t go their way.

The happenings have not just been disturbing but a major step backwards for the Ghana FA in their efforts to restore the dignity and lost glory of football in the country.

READ ALSO:  VIDEO: Baba Rahman responds to critics, reacts to his first Ghana goal and explains why he wanted to quit football

As concerned as he is, the GFA President is leading a 10-member committee to visit some clubs in Zone 1 in a bid to find a way out from the current situation.

Find the Itinerary of the Tour Below

The team would be met at Bechem Junction at 11am, tour the Nana Fosu Gyeabour park and continue to Kenyasi.

From Kenyasi, the team will proceed to Sunyani and meet the four Sunyani based clubs.

The team will begin their tour from Dormaa Ahenkro and make a stop over at Wamanafo to meet officials of Mighty Royals. They will then proceed to Berekum to meet Arsenal and Chelsea and continue to Sunyani to spend the night there.

The team will bid farewell to Sunyani and start the day’s activities from Nkoranza, cross over to Kintampo and return to Techiman.

The team will spend the night in Techiman and leave very early in the morning to Tamale to wrap up the tour.

A visit to Tamale to engage the Tamale teams in the Division One.

Tour will wrap up on Thursday.