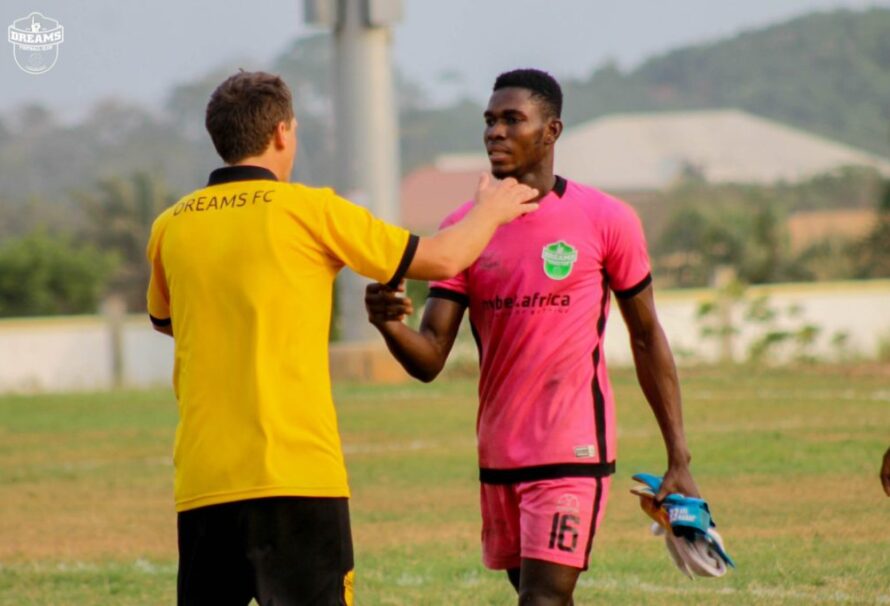 Dreams FC Head coach Vladislav Viric has hailed the performance of his players after their 4-1 victory over Ashantigold in matchday 16 of the Ghana Premier League.

The Still Believe lads bounced back from a disappointing defeat against Berekum Chelsea to wallop Ashantigold at the theatre of Dreams.

Reflecting on the performance of his boys, the Serbian trainer was full of praise to his players for putting up a great performance against the Miners.

“I am so happy and proud of the boys because we have continued our home run. I promised we are going to play for goals when I joined Dreams, so it feels great to beat a team like AshGold by four,” Viric said after the 4-1 victory against Ashantigold.

“I told the press after our defeat that we have enough quality to be judged by a single defeat. We came here today to play as we do on any day and we just proved how good we are,” he added.

Currently sitting third on the Ghana Premier League table, Viric is not ruling out his side’s chances of winning the league.

“We will train every day and try to win every game, if that will win us the league that’s fine. I hope that my boys will continue this form and win every game that’s the important thing,” he said.

Dreams FC will next play Great Olympics of March 5, 2021.