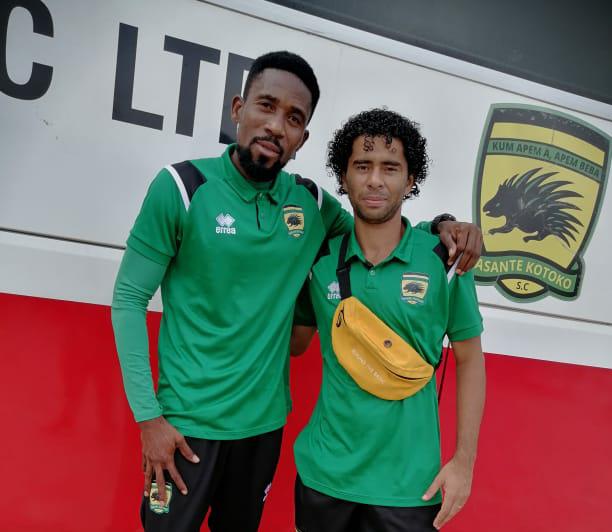 Former Physical Trainer of Asante Kotoko Leonard Akoto has revealed that he lost almost Gh¢90,000 Cedis when he joined the Asante Region-based-Club.

The young trainer lost his job after the appointment of Coach Mariano Barreto.

He believes the Porcupines gave him a raw deal after sacrificing a deal in Lebanon to work for the 1983 African Champions.

“I had a contract in Lebanon before the Asante Kotoko management led by Nana Yaw Amponsah engaged me for my services.

The offer I had in Lebanon was far better than what Asante Kotoko brought to my table but I accepted their because I love Asante Kotoko that’s why sacrifice myself to work with them”.

According to him hig ignored Millions of Dollars to work for Asante Kotoko but since he joined the Asante Kotoko team he has lost an amount close to Gh¢100,000 cedis.

If I were to be in Kotoko by now I could have done a lot for the players. I am the only physical trainer who offers psychology to players and also make sure I have achieved the target I set for them”.

His exploits has seen him travel to Dubai, Nigeria, South Africa among other countries.