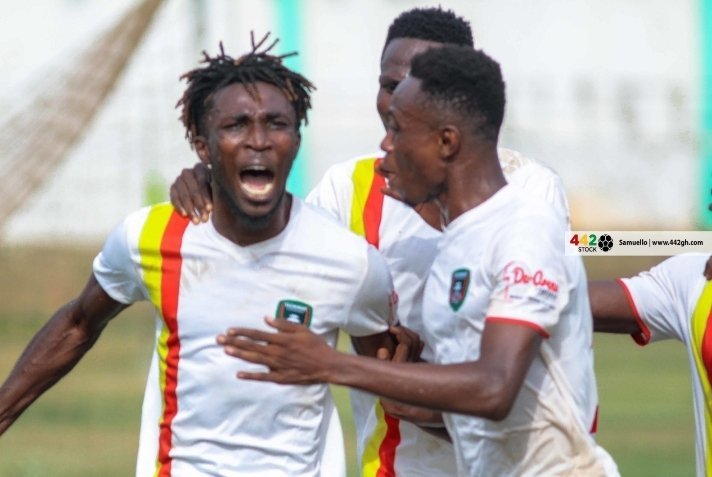 Eleven Wonders will host Liberty Professionals at the Obuasi Len Clay Stadium in matchday 20 of the Ghana Premier League.

The Techiman based side have been banned from using the Ohene Ameyaw Park after defying orders to play behind closed doors due to Covid-19 restrictions.

The Sure Wonders have drawn their last two games in the competition and will be determined to follow it with a win against the Relegation threatening Liberty Professionals.

Coach Ignatius Osei Fosu will be Counting on the likes of Samuel Boakye, Tetteh Nortey and Felix Akorlor in order to overcome the Scientific Soccer lads.

A win against Liberty will take them further away from the drop with King Faisal dropping points at home.

Liberty Professionals on the other are coming into the game with brimming with confidence following a huge victory in their last game.

The Dansoman based club defeated Elmina Sharks by 4-0 to boost their chances of survival in the competition.

Liberty Professionals earlier in the season defeated Ashantigold at the same venue and they will be hoping to achieve the same feat against Eleven.

Ignatius Osei Fosu has no injury concerns and will have a full squad to select.

Andy Sinason is expected to hand William Opoku another start after scoring against Elmina Sharks.