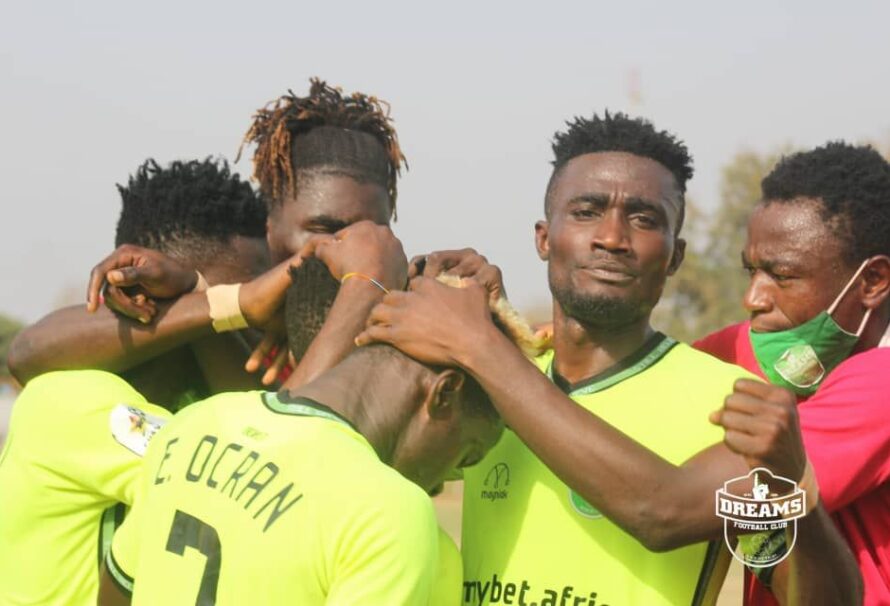 Dreams FC defeated Eleven Wonders by 2-0 at the Ohene Ameyaw Park to continue their impressive good run of form in the Ghana Premier League.

Two goals in each halves from Joseph Esso and Fahadu Ibrahim gave the visitors a comfortable 0-2 win.

It was the home side who started the game very well looking to get an early lead, but Dreams FC kept it tight at the back giving them no chance to test the goalkeeper.

The visitors gradually got themselves warm in the game as they began to make incursions.

Joseph Esso gave the visitors the lead on the 30th minute, finishing home a good pass from Agyenim Boateng.

The visitors came close to get the equalizer but Agbasi did well to save the danger.

Dreams came back from the second half and continued their dominance.

Despite late pressure from the home team, Dreams defended very well to take away the maximum three points.