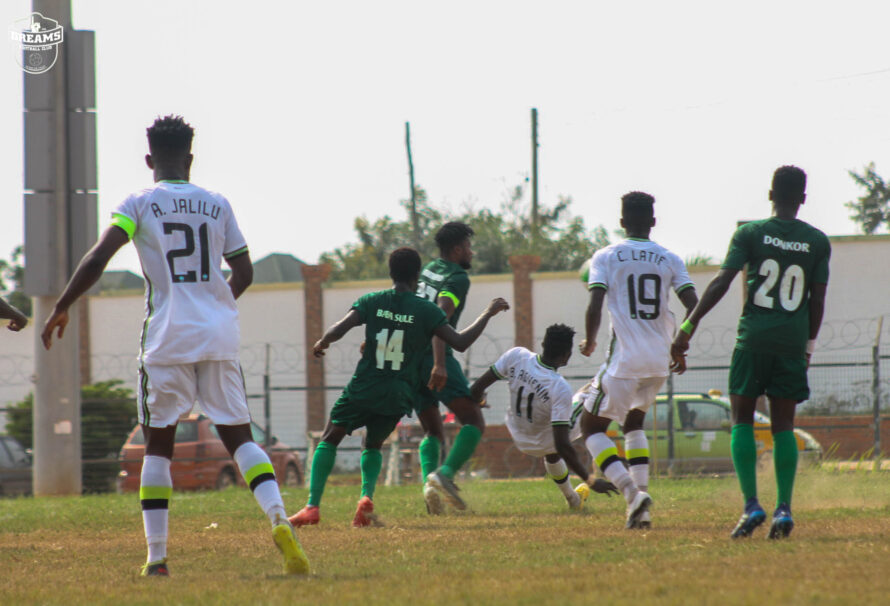 Agyenim Boateng broke the deadlock of the game for Dreams FC, before Dennis Mensah and Benjamin Tweneboah scored to give the home side the lead.

But a beautiful strike from Sulemana Fahadu ensured the the spoil is shared at the Ndoum Park.

Dreams FC started the game very well and it didn’t take long for them to take lead , Agyenim Boateng scored a beautiful bicycle kick to broke the deadlock for the visitors.

The visitors responded on the 26 minute through Dennis Mensah, the striker scored a beautiful goal to draw his side level.

Elmina Sharks took the lead just before the break, Benjamin Tweneboah scored from the spot to make it 2-1 for the home team.

The visitors equalized through Sulemana Fahadu.

The home team despite creating several chances couldn’t get the winner as the referee whistled to bring the game to an end.

Line up for both sides