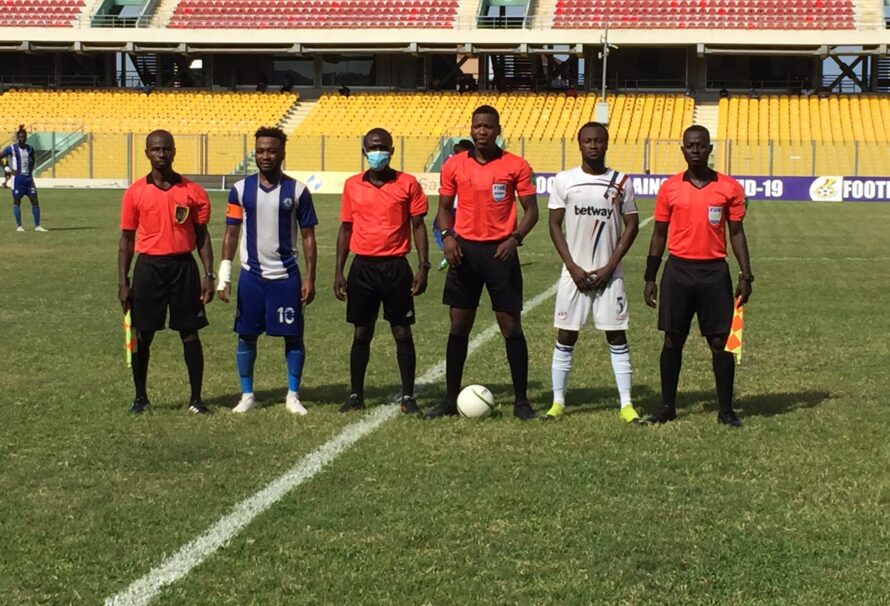 Great Olympics sent out a warning to the rest of the Ghana Premier League after a convincing victory over the in-form Liberty Professionals.

Annor Walker’s side returned to winning ways following a 2-0 win over the Scientific Soccer lads in a regional derby on Sunday.

The Dade Boys have been poor in recent weeks by their high standards but looked at their best at the Accra Sports Stadium.

Olympics started the match on the front foot — controlling much of the possession but failed to create clear cut scoring opportunities in the opening exchanges.

However they finally got the break through in the 36th minute when striker Maxwell Abbey Quaye fired in a superb goal to hand the hosts a 1-0 lead.

The visitors responded well by fighting back, Liberty coach Andy Sinason made couple of changes to his team in the second half in search of an equalizer.

He replaced Prosper Ahiabu with Godfred Atuahene and Simon Appiah for Stanley Appaw but a resolute Olympics defense kept them at bay.

The result sees Oly move up to third on the league standings with 37points- just two points behind league leaders Medeama.