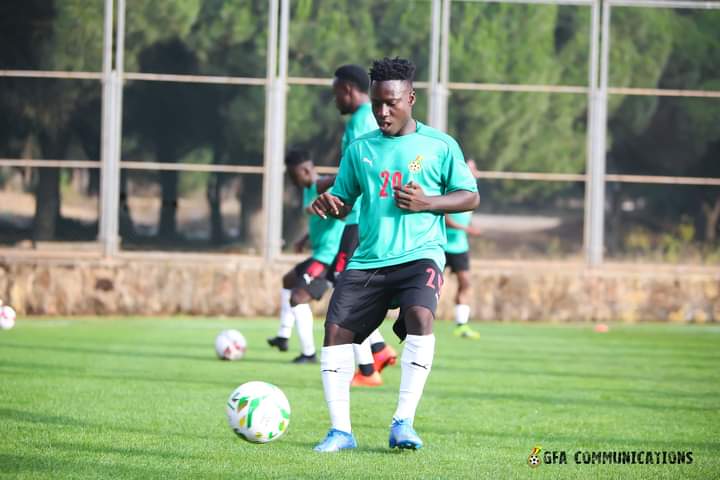 Medeama SC midfielder Rashid Nortey made his Black Stars debut in their 1-0 defeat to Morocco on Tuesday evening.

The midfielder came off the bench to replace Emmanuel Lomotey in dying embers of the game as Ghana chased for the equalizer.

Despite not been able to influence the game, the hard-working midfielder will be delighted to finally make his bow.

He has the best passing ratio for any midfielder in the Ghana Premier League and holds the record most touches by a single player in the league with his 112 touches against Kotoko this season still unbeaten.

The Black Stars will host Ivory Coast on Saturday in another friendly game as they prepare for their World Cup qualifiers in September.