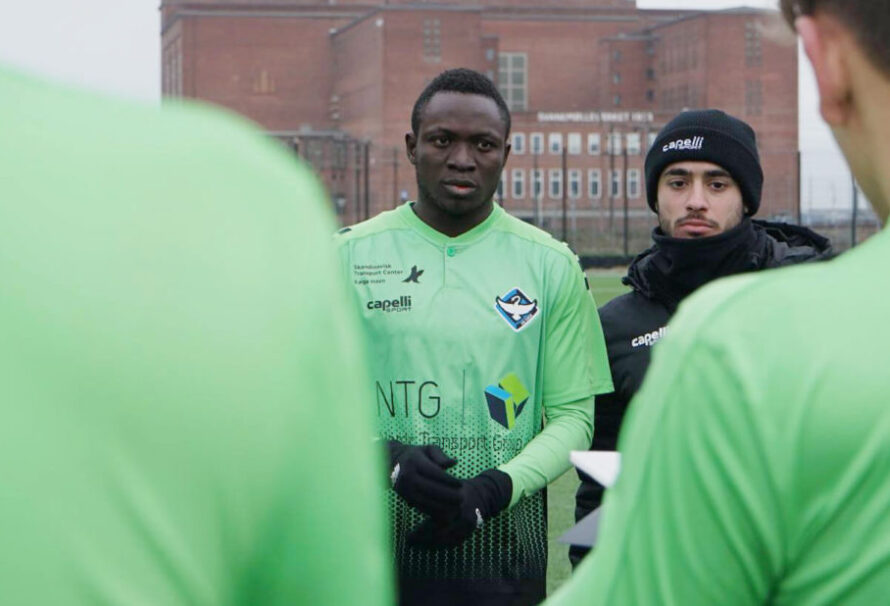 Sporting Director for Danish Division One side HB Koge Per Rud has revealed the reason behind Victorien Adebayor’s loan move to Legon Cities.

The Danish Side on Thursday confirmed they have agreed with Ghana Premier League side for the transfer of the Nigerien attacker on a loan deal untill the end of the season.

According to the Sporting Director of the club,  Adebayor’s struggles stem from personal reasons including failure to be with his girlfriend in the Scandinavian country.

“In this way, we meet the wishes of Adebayor. For personal reasons, he has a strong need to be close to his family for the time to come. We have listened to that. We have come to the conclusion that if he does not thrive here because he does not have “himself with”, it is the right solution, “says HB Køge’s director Per Rud.

READ ALSO:  The Big Interview: Watch the FULL interview of GFA President Kurt Okraku as he digs deep into all you want to hear about Ghana football

“Adebayor’s first time in Denmark has not been easy. There has been corona. The paperwork with visas and work permits has been a long time coming. We have not yet succeeded in bringing his girlfriend to Denmark. At the same time, he has been hit by injuries, which has meant that he has not been given the desired playing time. Now he gets a period in a club where he is safe. At the same time, he can get in shape and, in addition to football, focus on family life,” he added

“We have now put together a plan together with Legon Cities FC. It must ensure the framework for Adebayor’s development. He is an exciting player and we still believe in the model with players from Africa and that we can integrate them,” said Per Rud.

Adebayor scored 12 goals in 13 matches for Inter Allies in the Ghanaian top-flight in the 2019/2020 season before leaving for Denmark.