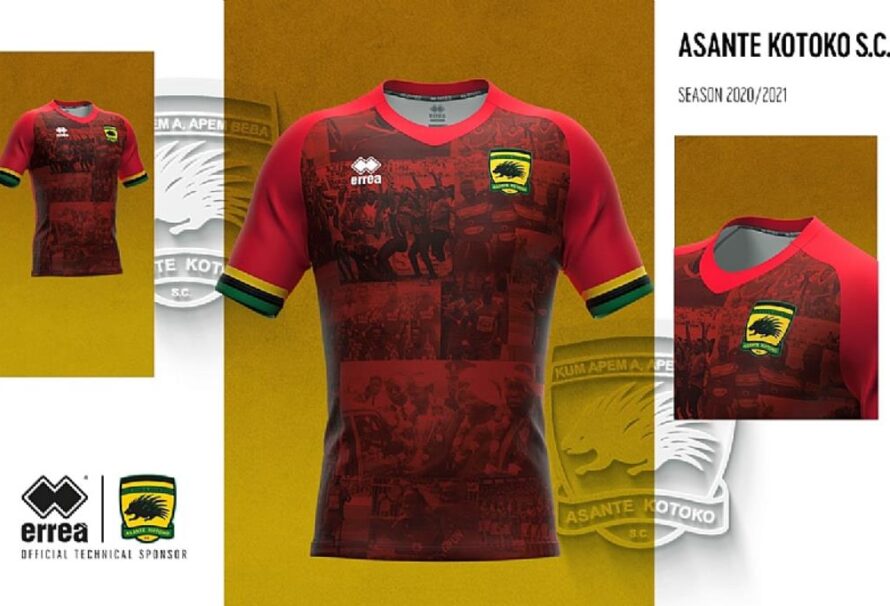 A jersey vendor in Winneba has been captured selling a fake Asante Kotoko’s Errea replica shirts.

The vendor’s cover was blown when a student at the University of Education, Winneba who’s an avid Kotoko fan sighted the fake Kotoko jersey.

According to the student, he went to buy a jersey from the vendor and upon careful observation saw the fake Errea replica jersey among the collections the seller had hanged.

The Asante Kotoko management has expressed worry over this situation and issued a stern caution to persons engaged in illegally selling fake jerseys of the club.

Just few weeks ago, an arrest was made of a fan who appeared for a Kotoko game in a fake Errea jersey.

It is not known yet whether they will take this up and effect arrest of this jersey vendor at Winneba.