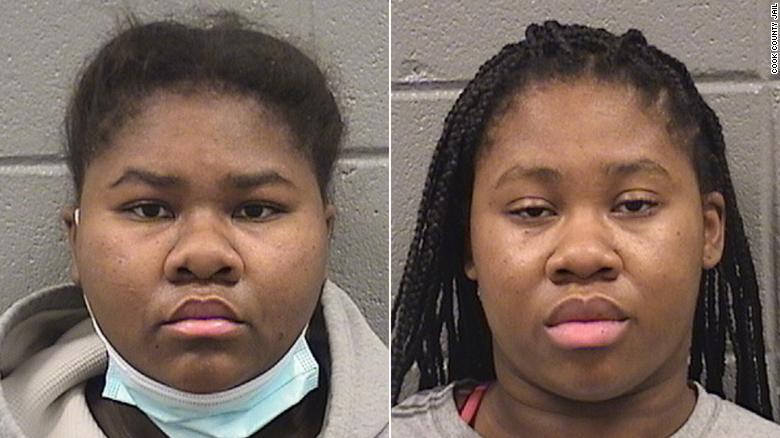 Two sisters in Illinois, United State of America have stabbed 27 times a security man who asked them to wear a face mask and use hand sanitizer before entering a retail shop.

The sisters, Jessica Hill, 21 and Jayla Hill, 18, currently in the grip of the Police on attempted first-degree murder charges, Chicago Police said stabbed the 32 years old security man on the back, neck, and arms after he denied them access into the facility over the above.

A police report from the Cook Country State Attorney’s Office indicated that Jessica, the elders of the sisters pulled a knife in the cause of the argument and stab the security man several times on the back, neck, and arm while, Jayla, the youngest held the victim down by the hair during the attack.

The report said, the sisters are currently being held without bond after they were treated at the hospital for minor scratches and are expected to appear before a court on November 4, 2020, for their next hearing.

The security man, however, is in stable condition at a hospital facility where he is being attended to.