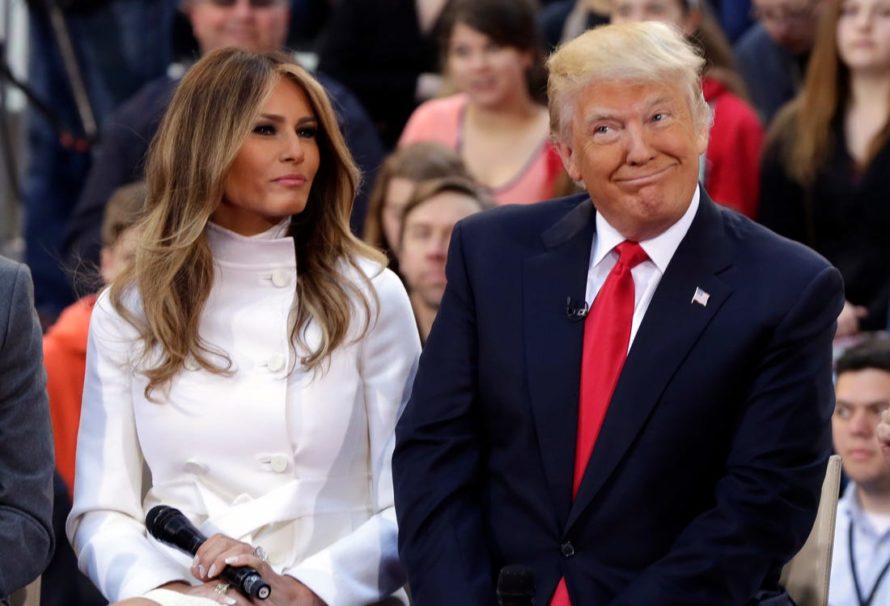 The President of the United State of America, Donald Trump reported to have downplayed the dangers of the coronavirus disease since it was discovered in December last year has tested positive to the disease.

The 74 years old, US statesman early Friday, October 2, morning announced in a tweet that he and his wife, Melania have tested positive for the disease.

“Tonight @ FLOTUS and I tested positive for COVID-19. WE will begin our quarantine and recovery process immediately. We will get through this together,” his tweet reads.

The news of the US first family’s Covid-19 status comes after just a day, his Senior Adviser and most closer’s aide, Hope Hicks tested positive for the novel disease.

A statement from his Physician, Sean Conley said Mr. Trump who falls in the category of a high-risk group of persons likely to succumb to the disease was doing well and planned to remain in isolation until he and his wife recovers.

“Rest assured I expect the president to continue carrying out his duties without disruption while recovering, and I will keep you updated on any future developments,” the statement indicated.

The US President, Donald Trump is reported to have downplayed the coronavirus disease on many occasions since it was discovered in China in December 2019.

He was reported on June 24, 2020, to have referred to the disease as “Kung Flu” at a campaign rally at the Dream City Church and also at another in Phoenix, Arizona.

He is also reported to have admitted in an 18 times interview from December to July with US renowned Journalist, Bob Woodward that the disease was deadly, however, downplayed the dangers publicly saying that flu was more dangerous than Covid-19 and that the disease would soon go away.

“It goes through the air” “That’s always tougher than the touch. You don’t have to touch things. Right? But the air, you just breathe the air and that’s how it’s passed.  “And so that’s a very tricky one. That’s a very delicate one. It’s also more deadly than even your strenuous flu,” Mr. Trump Bob Woodward.

He is among other things reported to have worn a nose mask in public for the first time on July 12, six months after the US recorded its first case.

The Covid-19 disease was discovered in December 2019 in China and spread through countries worldwide.