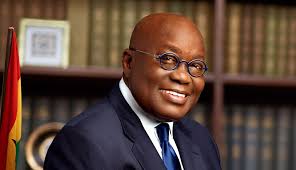 Mr. Amidu resigned on Monday, November 16, after he submitted his letter of resignation to the President and another to the public.

He attributed his decision to quit his anti-corruption office among other things to political interference, conditions of service, remuneration of his office, and outcome of the anti-corruption report on the Agyapa Royal Transaction Limited.

In response to his letter, the office of the Presidency, in a nine (9) page document signed by the Secretary to the President, Nana Asante Bediatuo has addressed some of the issues mentioned in Mr. Martin Amidu’s resignation letter.

The letter titled RE: Resignation of the Appointment of the Special Prosecutor, addressed the alleged political interference of his office, effect of the Agyapa Report, alleged operational difficulties encountered by the Special prosecutor, etc.

Below is the full details of the letter responding to allegations made by the Special Prosecutor in his resignation letter.