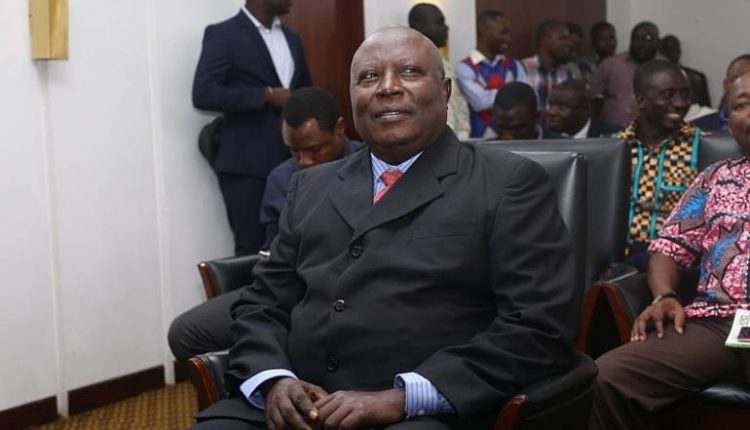 The Special Prosecutor, Martin Amidu has submitted his letter of resignation to the President, Nana Addo Dankwa Akufo-Addo.

In a letter dated November 16, and headline, “Resignation of Appointment as Special Prosecutor with Immediate Effect”, sighted by GhanaPlus.com, Mr. Amidu said a letter of resignation has been sent to the Presidency to communicate his decision to that effect.

“This is to inform the public that I resign from my position as the special prosecutor with immediate effect upon the submission of my of resignation with reference number OSP/2/AM/ dated 16th November, 2020 which was received at the Office President  at 15:15 HRS this afternoon”.

Martin Amidu attributed his decision to quit his anti-corruption office among other things, to public reactions over his recent report on the controversial Agyapa Royalties Limited Transaction, remuneration of his office, etc.

“I should not ordinarily be announcing my resignation to the public myself but the traumatic experience I went through from 20th October to 2nd November when I conveyed in a thirteen(13) page letter the conclusions and observations on the Analysis of the risk of corruption and anti-corruption assessment on the Report on Agyapa Royalties Limited Transactions and Other Related Matters Thereto to the President, as Chairman of the National Security Council caution against not bringing my resignation as the Special Prosecutor with immediate effect to notice of the Ghanaian public and the world”.

READ ALSO:  We will proceed to Appeals Court over our Disqualification, PAP Kwesi Busumbru

In another, sent to the President,Nana Addo Dankwa Akuffo-Addo, Mr Amidu indicated that the President failed in ensuring the independence of his office.