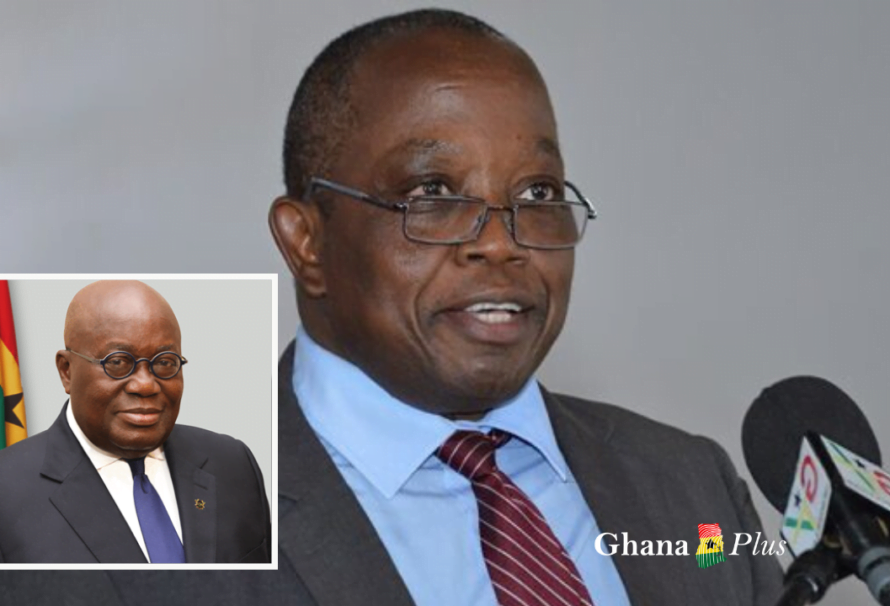 He has subsequently, been directed to hand over all matters relating to his office to his Deputy, Mr. Johnson Akuamoah Asiedu.

The directive was contained in a statement signed by the Director of Communications at the Presidency, Eugene Arhin on Monday, June 29, 2020.

“The President’s decision to direct Mr. Domelevo to take his accumulated annual leave is based on sections 20(1) and 30 of the Labour Act, 2003(Act 651) which applies to all workers, including public office holders such as the Auditor General. According to the Act, a worker is entitled to an annual leave with full pay, in a calendar year of continuous service, which cannot be relinquished or forgone by the worker or employee,” the statement said.

Since his appointment in 2016, Daniel Yaw Domelevo has only taken nine (9) days of his annual working leave; he is, therefore, to proceed on his remaining annual leave of 124 working days.

According to the statement, the President was prompted by a similar incident that happened under the administration of the late President John Evans Atta-Mills.

“It would be recalled that on 9th April 2009, the 3rd President of the 4th Republic, His Excellency the late Prof.  John Evans Atta Mills, directed the then Auditor-General, Mr. Edward Dua Agyeman to take his accumulated annual leave of approximately two hundred and sixty-four (264) working days,” the statement further stated.

Auditor-General, Daniel Yaw Domelevo has been asked by the President to proceed on Leave

He is a Chartered Accountant and a Public Financial Management Expert with a proven track record. Prior to his appointment, he had worked in Senior Staff positions at the Accountant General Department for over 18years.