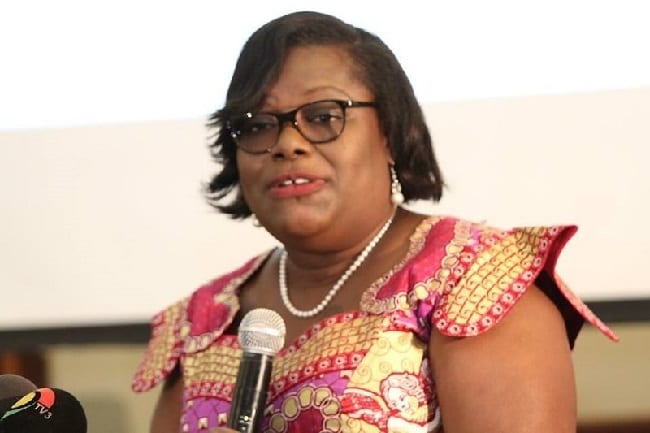 Former Minister of Gender, Children and Social Protection, Nana Oye Bampoe – Addo has called on the Economic and Organised Crime Office, (EOCO) to spread its investigate into the baby syndicate saga nationwide and also into how adoption processes are carried out in the country.

The Former Gender Minister believes there is more rot in the system which is making people flout the rules on adoption.

Her comment is coming on the back of the arrests made this week by the Economic and Organised Crime Office, (EOCO) and the Dental and Medical Council in which ten suspects were apprehended for their alleged involvement in baby harvesting and child trafficking.

Reacting to the news of baby stealing on the Sunrise Morning Show on 3FM 92.7, she said “I will recommend for government and EOCO to do a nationwide investigations because these things go beyond Tema General Hospital, it goes beyond other hospitals.

“There is a nationwide racket and we need to look at the whole process; the social welfare, the hospitals, what is happening at the hospitals your child is dead and you can’t see your child  and even have parents who are willing to offer their children”.

Oye Bampoe-Addo who led efforts to impose a 10 year moratorium on intra -country adoption due to rampant cases of abuse against adopted children, noted

“We see that despite the fact that we have the law; we have the amended Children’s’ Act of 2016, the Foster Care Regulations, Adoptions Regulations, Act 937 , the recalcitrant and scrupulous public officers are still in this racket of child stealing,” she stated.

There are over 14 conditions couples who desire to adopt a child must meet before they can adopt and Nana Oye has defended the stringent measures put in place for adoption saying because of the robust system in place nobody should give the excuse that is why people are stealing babies.