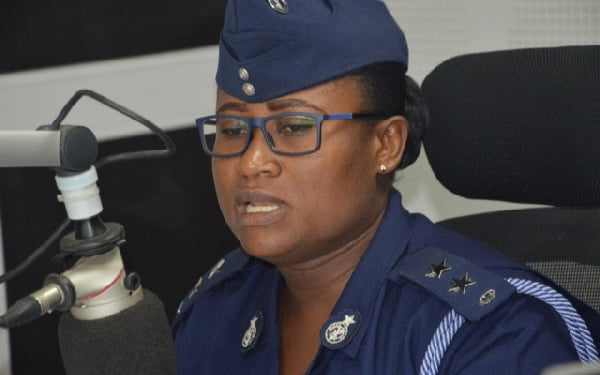 The Ghana Police Service has cautioned the public to be wary of strange objects that may surface in their vicinity in the wake of explosions.

A statement from the service dated August 10, 2020, and signed by the Head, Public Affairs/AR, Deputy Superintendent of Police, Effia Tenge said it had become necessary for the public to be vigilant following an explosion recorded at La Beach in the Greater Accra Region over the weekend.

“The Accra Regional Police Command is advising the general public, especially, parents’ community leaders, local folks among others to be wary of the strange object they chance upon and immediately draw the attention of the police for the appropriate response,” the statement said.

“This has become necessary following an explosion which caused injuries to four children who were playing along the La Beach on 5/08/2020. All four children have so far been treated and discharged” the statement added.

The Police Service also advised parents to provide their wards with the needed parental guidance and educate them on unfamiliar objects while they still remain at home to safeguard their lives from such dangers.

“Further to this, parents are advised not to leave their children without the needed parental guide especially, now that they are at home. Similarly, children should be discouraged from handling unfamiliar objects”.

They, however, encourage the public to contact any of their emergency numbers whenever they chance on such objects which are likely to be explosives.

“The police should be notified of any strange objects in your vicinity by calling police emergency numbers 191, 18555 or 112”.

On Tuesday, August 4, 2020, four children of the South Labadi Estate in the Greater Accra Region were reported to have nearly lost their lives when an object they were playing with at the La Beach exploded.

The object believed to be a grenade, left a 7-year-old boy in critical condition while the others sustained various degrees of injuries. Residents were also thrown into a state of fear and panic as the sound and effect of the heavy explosion caused them to rushed out of their homes.

The four had since been treated and discharge according to the statement issued by the police service.