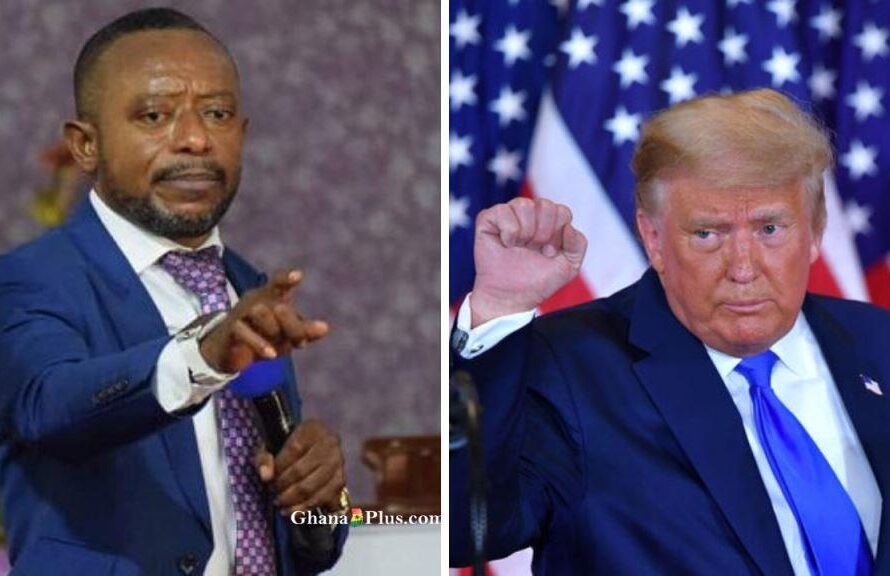 Donald Trump will win the US elections - Owusu Bempah

The Founder and Leader of Glorious Word Power Ministry International, Rev. Isaac Owusu Bempah has revealed that the President of the United State, Mr. Donald Trump will emerge as the winner of the US elections currently underway.

According to him, the prophecy made about the US president losing the elections to his major political opponent, Joe Biden if he doesn’t put his house in order has been addressed and that would pave way for his ultimate victory in the elections.

He noted that the prophecy he made about the US statesman was communicated to him by Paula Michelle White-Cain, an American preacher and chair of the evangelical advisory board in Donald Trump’s administration, who subsequently made it known to the US president and some actions have been taken concerning the prophecy.

“By God’s grace, Trump heard about the prophecy, Evangelist Paula White told Trump about the prophecy I made. My own son and brother, Bishop Agyemang Prempeh gave the message to Paula White, and our own father, Archbishop Duncan Williams also gave the message and Trump has heard and has acted on it and I have even received a call that all that we told him in line of prayer have been acted upon.

“When he heard the prophecy, he acted on it, and since he had acted on it, he will win 2020 elections”, he noted.

The Man of God known for his successful predictions on elections said Trump’s win will be a blessing to Christianity because his reign has been ordained by God to fulfill a purpose in his Holy Books.

He cited Trump support for the Israel’s capital from Tel Aviv to Jerusalem as one of God’s purpose for the US statesman.