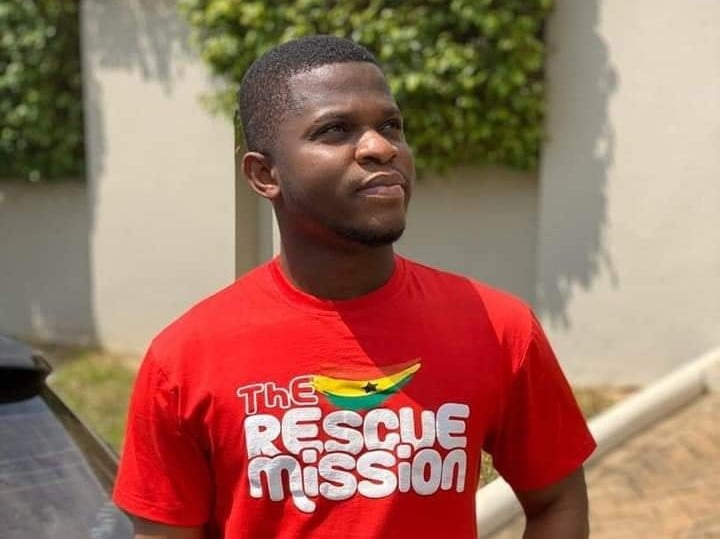 The National Communication’s Officer of the opposition National Democratic Congress (NDC) Sammy Gymafi has finally met his march as Ghanaians have descended heavily on him over a comment he made about Peace FM morning programme, Kokrokoo, it presenter, Kwame Sefa Kayi and key personalities who grace the programme.

The young politician usually in the news over his tone and posture of comment which many has described as disrespectful in response to media reports that the NDC had begged for leniency from the station after they boycotted the programme described the station as overhyped and that the NDC would never beg to return to the platform.

“For the records, the NDC has never and will never beg to appear on Peace FM’s Kookrokoo. The Comm. Bureau that I lead, does not intend to ever return to that show. The NDC brand is far greater than that overhyped platform. Our boycott still stands. Ignore the lies. #BaakoLied,” Sammy Gyamfi wrote.

“Me: Kweku Baako has decided not to seek the kingdom of God at his age so he has decided to just LIE cos of Nokofio. Such a Talented Liar. I was not surprised that unprofessional and stomach directional journalist was urging him on. As for that Central Regional Minister, we all know he is a comedian,” he added.

Some Ghanaians who were certainly, displeased with the comment from the young politician have descended heavily describing him as disrespectful, arrogant etc.

Others were also of the view that it was the likes of him that were making politics unattractive in the country.

GhanaPlus brings to you what some Ghanaians wrote about the NDC Communications Director.

Another wrote “It’s so sad because of politics; a very fine n promising young boy would want to shorten his life by denigrating his elders. God have mercy on him”

Nana Ama Adomaa said that “If anything has been overhyped then it’s Sammy Gyamfi. The nerve of you”

“Aaaa Sammy Gyamfi is crying because somebody lied against his party, eeei saa… who lies more than this dude, his name is synonymous to lies,” Joseph Boateng Authur said.