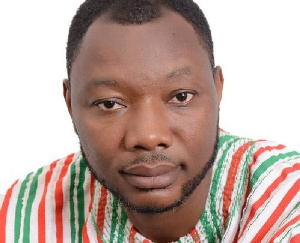 The former National Chairman of the Peoples National Convention (PNC), Mr Bernard Mornah has asked that prostitute, armed robbers and persons engaged in social vices be equally be given their right to freely operate in the country if Lesbian, Gay, Bisexuals, Transgender and Queer Individuals (LGBTQI) have right.

According to him, those persons deserve the right being drum home for the LGBTQI’s because to most of them armed robbery, prostitution and the others were their legitimate sources of income.

“That person you have described as arm robber says that that is his legitimate job, that is where he get income, feed his family, take his children to school so that they can also become judges like the judge who is sitting on the case, why have you criminalized that, why are you not given them their human right, their right to go out and armed robbed.  Why are you not given people whose excitement is it to just go and start cutting peoples heads their right to start cutting off peoples heads”.

“We should grant them their freedoms because you are here talking about human right and you don’t know that an abnormality requires a cure,” he added.

Mr Mornah was speaking on the emergence of LGBTQI offices in the country on Pan Africa Television morning current affairs programme, Good Morning African on Friday, February 19, 2021 monitored by GhanaPlus.com.

He noted there was no excuse for any one to speak about the right of LGBTQI’s when the laws of country were very clear on it describing it as an abnormality which needs treatment and not legalization.

“In this country these are serious matters, prostitutes, persons suspected to be prostitutes are arrested; they are prosecuted for going on the street and what are they doing. They don’t even call themselves prostitute, they call themselves commercial sex workers…..they are working to end income to take care of themselves and their families. That is how they described themselves. In our laws you have decided to criminalized their activities…..these are just prostitute oo.. they are not doing man to man or woman to woman, they are doing man to woman and woman to man but for the fact that our society abhors the existence of prostitute, we go after them.  Today we are told that it LGBTQI is nothing, these people it is their right,” Mr Mornah said.

The politician blamed the President for the emergence of the practice in the country adding that comments he made during his interview with Gulf news channel, Al Jazeera encouraged and gave them the effrontery to even established their offices in the country.