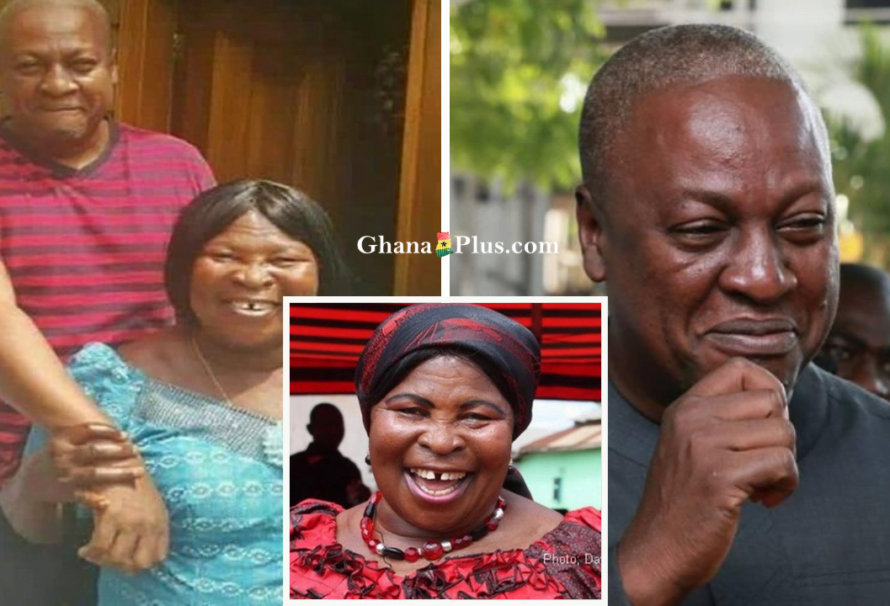 I want ‘Papa No’ Mahama to rather sue me – Akua Donkor

The founder of Ghana Freedom Party (GFP), Akua Donkor, who was reported to have been dragged to court for defamation over “Papa No” comment has said that she will be glad if the former president and flagbearer of the National Democratic Congress (NDC) John Dramani Mahama would sue her for the defamation instead.

According to her, she has evidence to support all claims she made against the former president over the “Papa No” scandal and was ready to produce them to back her claims in court.

Madam Akua Donkor was reacting to the defamation case filed against her by the 2016 National Democratic Congress (NDC) Parliamentary Candidate for Asante Akim North, Madam Mary Awusi on Yensempa on Onua FM on Friday, August, 21.

She noted that she had on a number of occasions met those ladies in the house of ex-president Mahama adding that the ladies were very active in the ex-president’s 2016 campaign.

“Akua Donkor repeatedly referred to and tagged Mr. Mahama with the popular ‘Papa No’ slogan, revealing that the former president used to date a lady from Agogo whom he bought a house for at Tema in Accra,” a report by 3news said.

She noted that she would not apologies for any statement made and vowed to release the voices of the lady in question.

A media report has indicated that the 2016 National Democratic Congress (NDC) Parliamentary Candidate for Asante Akim North, Madam Mary Awusi has filed a defamatory suit against the Founder and flagbearer of the Ghana Freedom Party, Madam Akua Donkor, and Wontumi Communications Limited for publishing comments which suggested that former President John Mahama was the father of her two children.

According to the report, the former NDC parliamentary candidate in among other things seeking general damages of GH₵300,000, GH₵ 100,000 and  GH₵600,000 to be awarded by the court against Madam Akua Donkor, Oheneba Nana Asiedu, a host of Wontumi Radio and Wontumi TV including Wontumi Communications Limited respectively, over the defamation allegations

However, Madam Akua Donkor in the interview said she was yet to receive any letter to that effect.