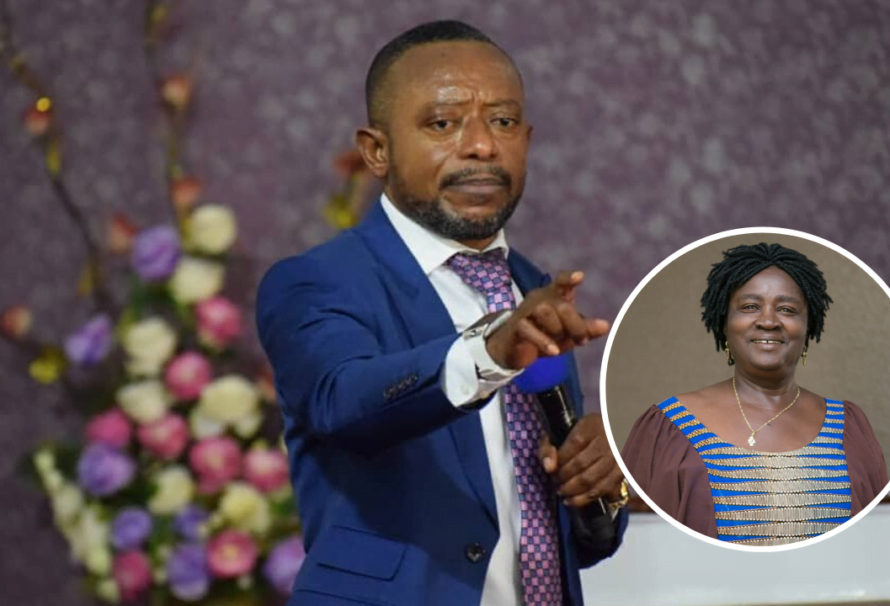 Some persons close to the Vice Presidential Candidate of the National Democratic Congress (NDC), Professor Jane Naana Opoku-Agyemang has reached out to the Founder and Leader of Glorious Word Power Ministry International, Rev. Isaac Owusu Bempah for spiritual assistance.

The move was to sought spiritual protection for the life of the Vice Presidential Candidate amidst a death prophecy by the man of God early this year.

“The woman is wise, that is the little I can say, some people close to her have reached out to me and some interventions are going on”

Rev. Isaac Owusu Bempah in January prophesied that anyone chosen to partner former President John Dramani Mahama might die before his time.

According to him, it would only take fervent spiritual prayers and interventions to avert the tragedy that awaits the chosen vice-presidential candidate.

“Anyone who agrees to be Vice Presidential Candidate of the opposition party should lay his or foundation well by prayer…he or she should be careful because such a person is bound to join the ancestors. Some people are invoking spirits to forcefully take what is not theirs,” he prophesied.

Raise Prayer Towers now, during and after the election

“I am not saying that if Mahama picks anyone as a Running Mate, the person will automatically die but if you are chosen as the Running Mate, you have to do well to raise prayer tower of at least 5 people to pray for you twice a week for your protection,” Rev Owusu Bempah said on the morning show.

The prayers, he said must be carried out now, through to the elections and 12 months after the elections before the death prophesy on her head can be broken.

He indicated that he had personally, begun fervent prayers on behalf of the Prof upon request of a senior man of God.

The senior man of God he disclosed was related to the relation of the Vice Presidential Candidate.