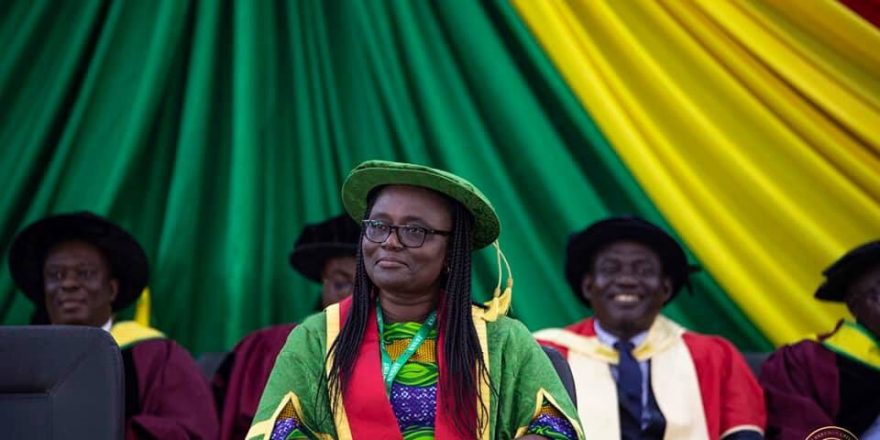 The Kwame Nkrumah University of Science and Technology (KNUST) has appointed Professor (Mrs) Rita Akosua Dickson, a Professor of Pharmacognosy as the new Vice-Chancellor.

Her appointment makes her the first female to occupy the position in the history of the University.

Her appointment was announced in an official statement signed by the Registrar of the University who also doubles as the Secretary to the University Council.

“It is announced for the information of members of Staff, Students, the University Community, and the general public that the Council of the University, at its 258th (Special) Meeting held on Thursday, June 25th, 2020. Upon the acceptance of the Report of the Search Committee for the Appointment of a Vice-Chancellor for the University, has appointed Professor (Mrs.) Rita Akosua Dickson, a Professor of Pharmacognosy as Vice-Chancellor,” the statement said.

Prof (Mrs) Dickson is an alumna of KNUST. She graduated with a Bachelor’s Degree in Pharmacy and MPharm in Pharmacognosy at the same University in 1994 and 1999, respectively.

In the year 2000, she was appointed Lecturer at the Department of Pharmacognosy, Faculty of Pharmacy and Pharmaceutical Sciences by University.

In 2003, she gained a Commonwealth scholarship to pursue a PhD at Kings College London, University of London, UK. While there, she acquired a Graduate Certificate in Academic Practice (GCAP) also.

Upon her return, she continued her teaching career at KUNST and raised through the ranks of Senior Lecturer, Associate Professor, and a three terms Head of the Pharmacognosy Department subsequently.

She has also served in many capacities at the University and has over 50 publications in peer-reviewed International Journals to her credit.