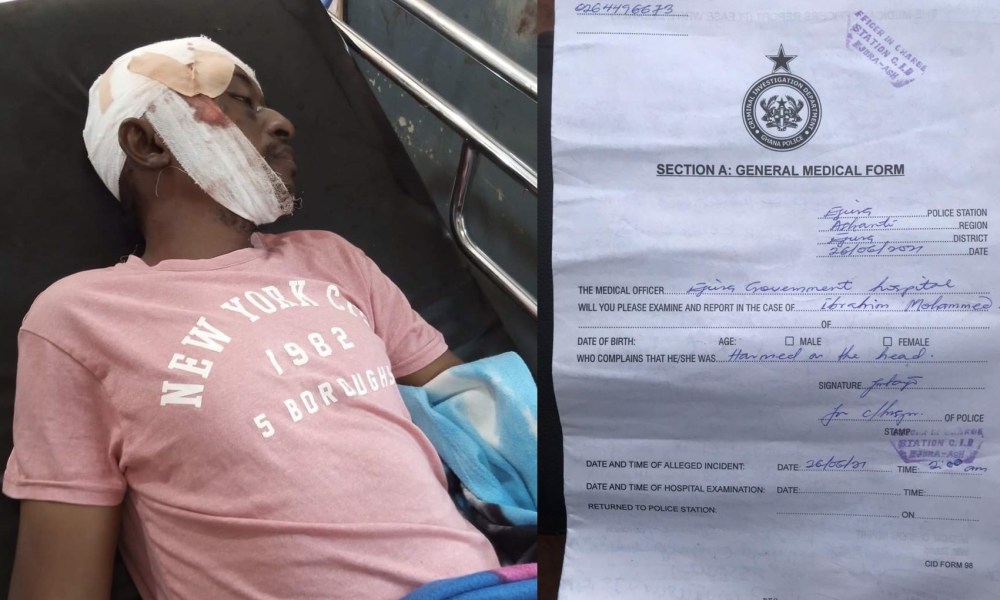 The Command said Baba Iddi has since been arrested, arraigned before court and is in the custody of the police, helping in investigations.

The attack on Macho Kaaka subsequently led to his death on Monday, June 28 at the Komfo Anokye Teaching Hospital (KATH), where he was transferred to from the Ejura Government Hospital as a result of the degree of head injury he sustained.

The police said it got to know of the attacker from preliminary investigations including eye witness accounts.

Nonetheless, this has been contested by friends and relations of the deceased, who claim he was attacked by men believed to be connected to the Municipal Chief Executive (MCE) for Ejura-Sekyedumase.

According to them, Macho Kaaka’s social media activism in exposing abandoned projects in the municipality had provoked members within the circles of the MCE.

He is said to have joined the #FixTheCountry campaign to draw authorities’ attention to some of the ills in the Ejura community.

This sparked communal protest in Ejura on the day of his burial as the youth demanded justice.

Unfortunately, the military deployment brought in to replace the intimidated police shot into the mob, leaving two dead and four injured.

A press release issued by the Ashanti Regional Command said as a result of the ministerial committee set up to look into the deadly clashes it will not comment on that.

“The Police appeals to anyone who has any information on the incident to volunteer it.”

The committee chaired by Court of Appeal judge Justice George Kingsley Koomson will begin sitting on Tuesday, July 6 at the Prempeh Assembly Hall in Kumasi.