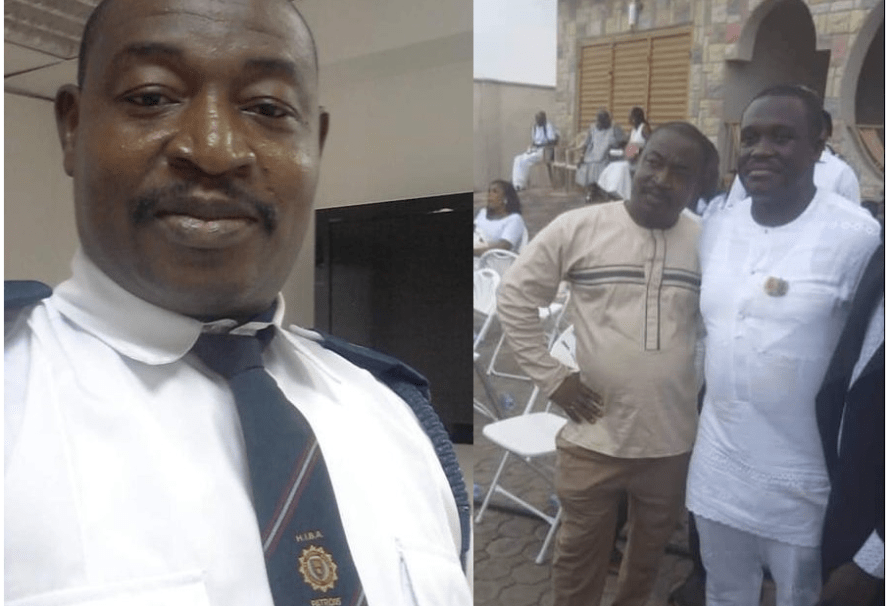 The culprit behind the threat on the life of the Founder and Chief Executive Officer of the Atta-Mills Institute, Mr. Samuel Koku Anyidoho has been found in the company of the Member of Parliament for Ningo-Prampram Constituency, Mr. Samuel Nartey George.

The man identified as Nuhu McCarthy was found together with the NDC MP in a picture shared by Mr. Anyidoho on his Twitter handle today, December 18, 2020.

Mr. Anyidoho, a former General Secretary of the National Democratic Congress had hinted in a tweet some days ago that his life was being threatened and that he had made a report to the Ghana Police Service to that effect.

It was unclear why the life of the NDC member who fell out of the party some years ago was being threatened but sources believed it had something to do with his recent comments concerning the 2020 presidential and parliamentary elections which were usually in favour of the ruling government.

Mr Anyidoho led a team of observers from the Atta-Mills Institute in last week’s presidential and parliamentary elections and had been making comments based on his and his team’s observations on the field.

Earlier today, Friday, December 18, he had indicated that he might share the identity of the man behind the threat on his life soon.

Sharing the pictures of the culprit, one of which was taken with the Ningo-Prampram MP, Mr. Anyidoho tweet “This the face of the leader of the gang that thinks it can hide behind social media to issue threats against my person”.

This the face of the leader of the gang that thinks it can hide behind social media to issue threats against my person. pic.twitter.com/UysEKZOUjo