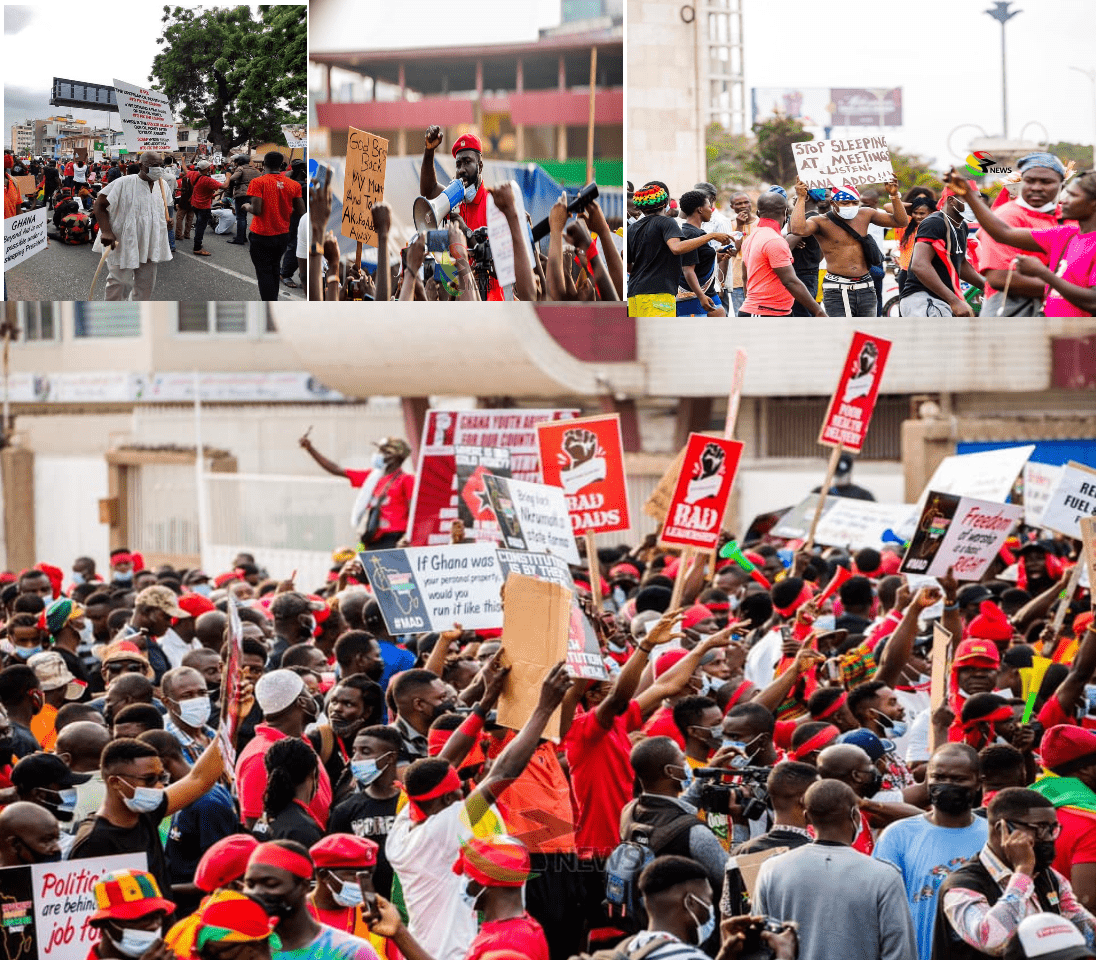 Photos: All you missed at the #FixTheCountry Demo

Thousands of Ghanaians on Tuesday took to the street of Accra to protest in the much anticipated #FixTheCountry demonstration.

Organized by conveners of the social media campaign, #FixTheCountry, the demonstration begun at the  Obra Spot at the Kwame Nkrumah Circle Interchange through to Adabraka, Farisco Traffic Light towards TUC-Kinbu Senior High School and ended at the Black Star Square also known as the Independent Square.

In attendant were thousands of  youth across the capital and some from other part of the country.

A couple of older persons were also at the demonstration and  told reporters they were demonstrating for their grand children and generations unborn.

Clad in black and red attires, the demonstrator had placards, some of which reads, “ Mr Prez!, Stop the Corruption and Save Ghana from Civil War”, “High Rate of Taxes, Lack of  Jobs, Please Help Us” , “Poor Health Delivery”, “Fix the Country: Proper Education System, Proper Health Care, Jobs for the Youth” ,” Stop the Cathedral and Use the Proceed to Build Hospitals, Schools, Roads and Comfortable Houses for the Police”, “Ghanaians Deserve Better”, “If Ghana was your personal property, would you run it like this”.

Others reads, “Change the 1992 Constitution, Stop the No Bed Syndrome in Our Hospitals and Fix It Now”,”Justice for Kaaka”, “A National Development Plan Now, A New Constitution”, “”Dishonesty and Lack of Patriotism Gave Us Year of No Return”, Patriotism Over Tribalism” etc.

The demonstration an extended version of the social media campaign which had been trending on twitter for months was to drum home the high cost of living, abandoned government projects, the country’s debt stock, lack of basic social amenities, indiscipline, lack jobs for the teaming youth, destruction of lands and water bodies through illegal mining among others and called on the government to fix them to make Ghana a better place worthy of living.