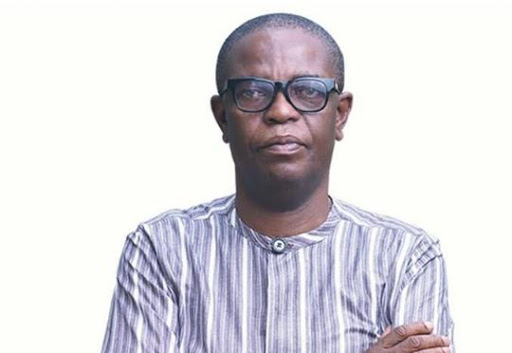 Ghanaian Journalist and Managing Editor of the Insight Newspaper, Mr Pratt Jnr has wade into ongoing discussions about the approval of salaries for spouses of the first and second gentlemen of the country.

Speaking on Pan African Television’s Good Morning Africa on Thursday, July 8 monitored by GhanaPlus.com, he said it was becoming clear many professionals in the country don’t give professional advice when called upon to so.

According to him, if they do, the Professor Yaa Ntiamoa-Baidu chaired Emolument Committee which recommended the approval of the salaries for the spouses of the president and his vice would have made reference to the constitution, the ultimate law of the land before making the recommendation.

He described the decision as unconstitutional adding that the constitution was clear on who article 71 holders were and that does not include the spouses of the President and his vice.

READ ALSO:  Nobody can push me out of the NDC – Koku Anyidoho

The First and Second ladies of Ghana , Mrs Rebecca Akufo-Addo and Mrs Samira Bawumia and spouses of former Presidents are to be paid salaries equal to that of cabinet ministers following the approval of same by the 7th Parliament.

The decision was made  upon the recommendation of the Professor Yaa Ntiamoa-Baidu chaired Emoluments Committee, set up in 2019.

The Minister of Information, Mr Kojo Oppong Nkrumah had indicated the salaries for the spouses of the president, vice and former president was not new but had only been formalised based on the recommendation of the committee.

He revealed the initiative begun under the administration of the former President, John Agyekum Kufour.