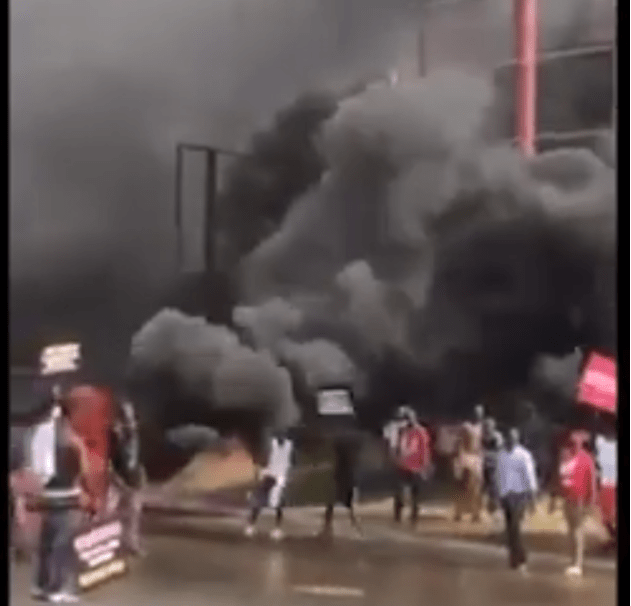 Supporters of the opposition National Democratic Congress(NDC) has clashed with personnels of the Ghana Police Service at the Electoral Commission(EC) office in Accra.

TV3 Midday News report showed a video in which the police were seen using water cannons to disperse the uncontrollable crowd who were busy burning vehicle tires in the middle of the street leading to the EC’s office.

The station’s reporter with the demonstrators, report, the supporters pelt stones at the police causing the police to use water cannons in an effort to disperse them.

The aggrieved supporters of the NDC have been on the streets of Accra and other parts of the country since the Electoral Commission of Ghana announced the results of the 2020 polls on December 9.

Officials of the party together with their flag bearer, ex-President John Dramani Mahama had in a series of press conferences refused to accept the results of the elections, describing it as a flawed, stolen verdict among others.

Today’s demonstrators, numbering hundreds were clad in red and black apparel and carry in their hands placards with different inscriptions to drum home the displeasure.