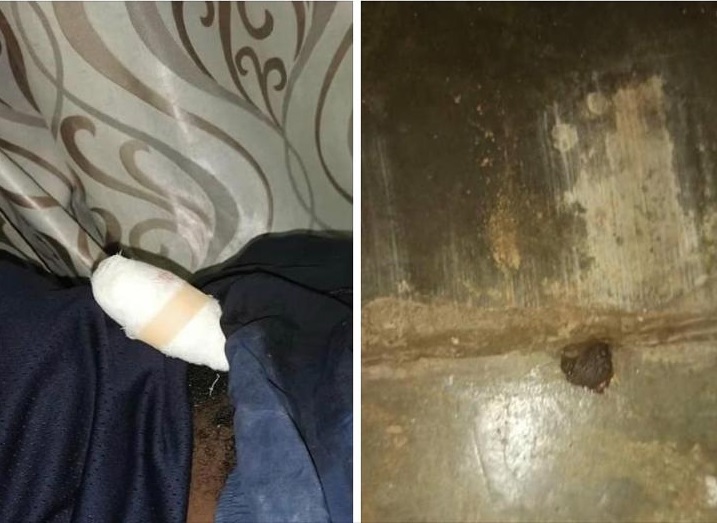 An alleged armed robbery operation in the Obuasi Municipality in the Ashanti Region over the weekend took a tragic turn as the robber had part of his penis bitten off by his victim.

The victim, 24-year-old Justina Donkor and a resident of Abompey New Site in Obuasi report indicated told the police she was drugged and forcibly slept with by the armed robber, identified as Emmanuel Ankron.

According to her, she woke up only to find the 23-year-old Emmanuel Ankron in her room pointing a locally made pistol at her with a machete in another hand.

Joyonline report on Sunday, November 8, 2020, that, the victim was robbed of ₵550, a mobile phone, and a television set, however, Mr. Ankron changed his mind about taken away the items and asked that Ms. Donkor play with his manhood instead.

She told the police that although she was unwilling to fulfill the demand of the robber, she gave in and bit off his penis in the process.

Mr. Ankron was also reported to have bitten the young lady at the back before taking to his heels with blood oozing from his wounds leaving behind the mobile phone and the television set.

According to the police, the part of the penis bitten off have been retrieved at the scene of the incident and deposited at the hospital for preservation.

The Police said the two were currently, at the hospital receiving medical attention with investigations underway.

READ ALSO:  30yr old Woman arrested for trying to smuggle £2million in her luggage to Dubai

However, speaking on Akoma FM’s GhanAkoma, Ms. Donkor said she was traumatized by the development and called for help to relocate from the community for her safety.

“I am traumatized, after the incident. I have not been able to sleep because I get flashbacks of the incident any time I close my eyes”.

She explained that “psychologically I have been down and really don’t know what to do,” 3news report on Monday, November 9, 2020.

We are prepared to protect Ghanaians and the Ballot - Security Services

My Constituent knows I am a lawmaker, I don’t make promises - Sam George