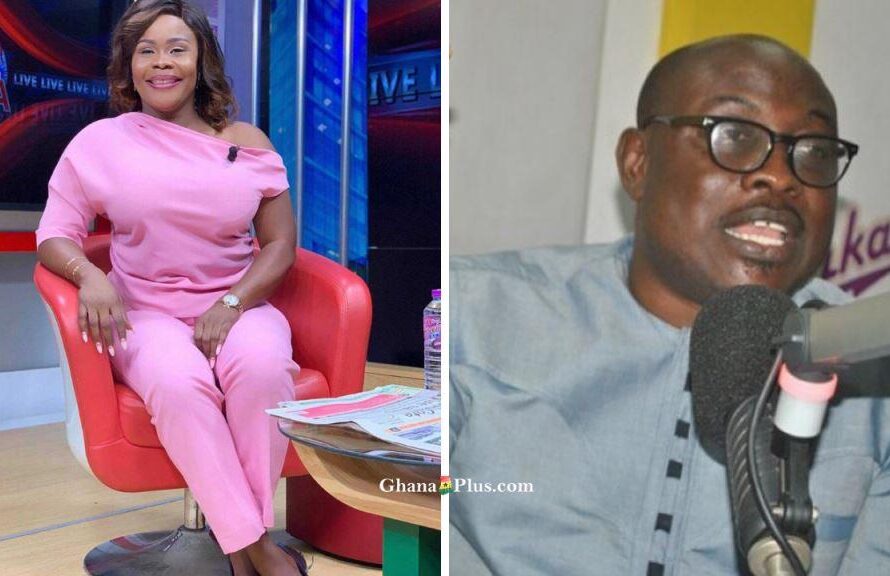 The host who doubles as the station’s Deputy Programms Manager also brought the programme which hosted the NPP’s Communicator, Vera Wiredu to an abrupt end over the development.

The programme was discussing the ex-President John Mamaha’s uproar on the Special Prosecutor, Martin Amidu over the controversial airbus scandal in which Mr. Mahama was cited as the government official 1 on Monday.

Mr. Boahen in his response to the topic insisted that the Majority gave their consent to the mandate approval of the Agyapa deal and that explains why the president had asked that the deal be taken back to parliament which the host said it was otherwise according to the special prosecutors report.

However, Yaa Konamah’s corrections and subsequent questions did not go down well with Mr. Boahen prompting him to fume, and alleged that the host was defending the president.

“So now when the President talks you are the one who defend him, we listened to the president voice. Don’t be defending things like that,” Mr Boahen said.

The development was not the first recorded on the show, as Mr. Kwaku Boahen behaved in a like manner when the host sought clarification of allegations made earlier about the Deputy National Security Minister, Bryan Acheampong while discussing the police preparedness towards the December elections.

The host who took offense to the constant heckles over her line of questioning by the NDC member said she had had enough of him and asked him to go and answer his own questions outside her programme since he was not willing to answer hers.

“Kwaku, I take strong exceptions to that, I think you are becoming unbecoming, and excuse me you, I am here working. Let this be your first and last, am not taking this from you anymore. You don’t tell me what I ask you. Put a stop to it right there. I have had enough of that; I am not tolerating that anymore,” she said.

READ ALSO:  EC miss an opportunity to demonstrate they could be the best in the world - Emmanuel Bombande

“Vera, I am sorry, it is my platform, we are not continuing, he should go and say what he wants to say on his own platform,” Yaa Konamah added.

She also apologized to her cherished viewers adding that the programme was hers and if Mr. Boahen was not ready to answer her questions then there was no need for him to be there.

“ Please forgive me, because Kwaku Boahen has decided that what he wants to say is what he will say and it is not his questions that we are going to work with, we will ask you a question but if you say you are not going to answer it then bye bye”.