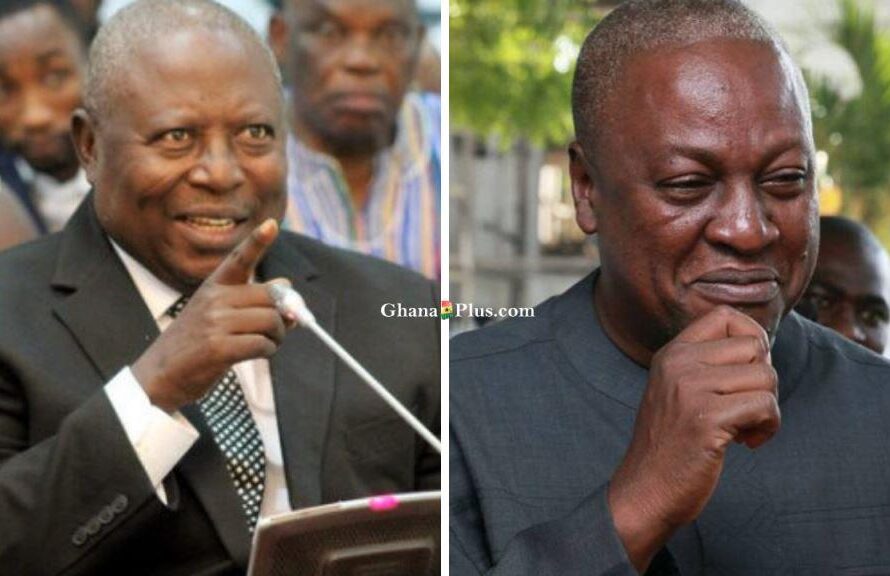 The Special Prosecutor, Mr. Martin Amidu has disclosed that the Former President and the Flagbearer of the National Democratic Congress (NDC), Mr. John Dramani Mahama is the one described as government official 1 in the Airbus bribery scandal which hit the state some months ago.

“The office has established the identity of elected government official 1 to be former President John Dramani Mahama whose brother of the full blood is Samuel Adam Foster also known as Samuel Adam Mahama”.

The information came to light in the corruption risk assessment report on the Agyapa Royalties deals presented to the office of the President by Mr. Amidu on October 16, 2020.

According to him, his office hasn’t invited the former president for interrogation because of the impending elections adding that “prudence dictated that interrogations be held in abeyance during this election season”.

“The only reason the former President [Mahama] has not been invited for interrogation (in spite of all threats from some of his followers and lawyers) is the fact that he got himself an insurance as the Presidential candidate of the other largest political party in Ghana,”  the report disclosed.

Airbus, an international aerospace manufacturer was alleged to have bribed some government officials in the about $150 million three military aircraft purchase transactions made in the year 2009-2015.

READ ALSO:  Hold approval of ministers designate until they provide documents to support their claims

Reports indicate that more than €3 million in bribes were paid through a third party in Ghana.

However identities of the officials reported to have been paid bribes were not mentioned in the document which used words like consultant 4, elected government official 1, organization 1, consultant 5, and intermediary 5 in describing beneficiaries of the said bribes prompting further investigations by the Special Prosecutor, Mr. Martin Amidu.