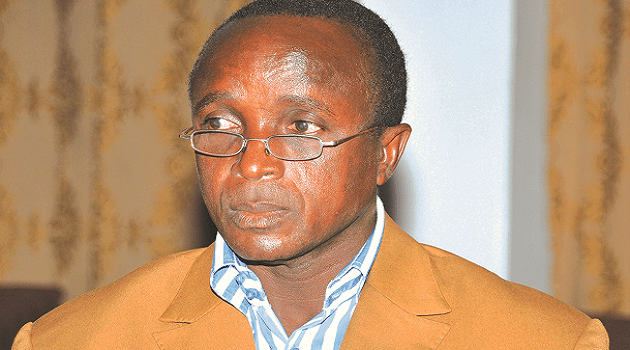 Abugu Pele’s story: We have learnt some lessons - NDC MP

Speaking on TV3 New360 on Saturday July 3, monitored by GhanaPlus.com, he said the former National Coordinator of the defunct Ghana Youth Employment and Entrepreneurial Development Agency (GYEEDA) served his people, made mistakes and had duly paid for those mistakes and it was appropriate that state to forgive him.

“It is very very much welcome news to me. This was a man who work so hard, committed himself in serving his people, make some mistake along the line and he has suffered those mistakes and It is only logical that the state after viewing every punishment he has gone through can offer him such forgiveness and that is something that is pleasing to me”

According to him, lessons had been learnt from his experience by a lot of his colleagues that their actions, right or wrong would have consequences in future.

“I think a lot of us has learnt some lessons that we are all subject to the law and the law can take it cause at any time either rightfully or wrongly we may suffer some consequences so if the President has  decide to pardon him, we can only thank God for that.

The President of the Republic, Nana Addo Dankwa Akufo Addo on Saturday granted a Presidential pardon to the National Coordinator of the defunct Ghana Youth Employment and Entrepreneurial Development Agency (GYEEDA, Mr Abuga Pele on grounds of ill health.

READ ALSO:  Don’t talk about politics for the next 36 month – Kwame Pianim tells the media

Mr Pele, a former Member of Parliament for Chiana/Paga Constituency was serving a six years imprisonment at the Nsawam Maximum Security Prison after he was found guilty for causing financial lost to the state by an Accra High Court in 2018.

He was said not to be in good health recently, prompting the presidential pardon.

Mr Abuga Pele, and a businessman, Philip Akpeena Assibit, were sentenced to a total of 18 years in prison for their involvement in a GH¢4.1 million GYEEDA scandal in 2018.

The Financial and Economic Crimes Division of the Accra High Court, presided over by Mrs Justice Afia Serwaa Asare-Botwe, slapped Mr Pele with  six years of the 18years sentence for acting in a manner that resulted in the loss of the amount to the state while Mr Assibit got 12years.

The court held there was no evidence that Mr Pele benefited from the proceeds of the crime, hence the lower sentence of six(6) years.

Mr Assibit on the other hand was found guilty on six counts of defrauding by false pretences and five counts of dishonestly causing loss to public property”.

He was sentenced to 12 years and three-years imprisonment, respectively.