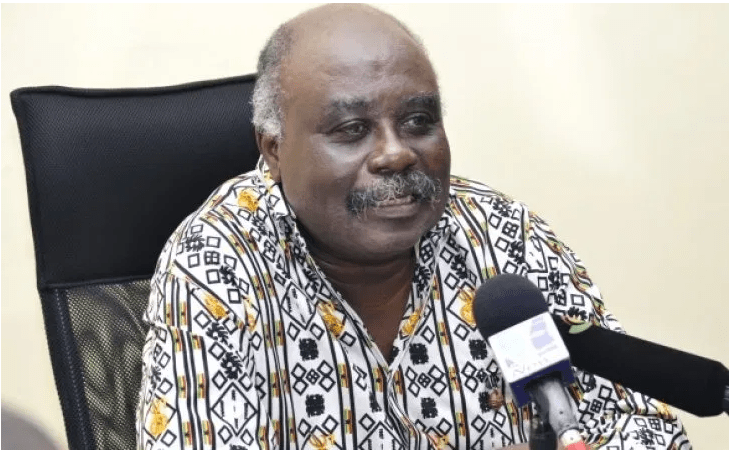 Popular Ghanaian politician and diplomat, Dr Charles Wereko-Brobbey ,Tarzan has described comment by the Chief Executive Officer of the National Identification Authority(NIA), Professor Ken Attafuah that the President instructed him not to employ executives and members of the governing party as totally naïve.

According to him, for a person of such repute, such comments were unnecessary adding he could have said it in a better way even if he felt pressured to employ party faithfuls.

“I wouldn’t even use the word politically incorrect, I will say probably not incorrect so much as naïve. Totally naïve, yeah exactly, with a name like that and his reputation, it was totally naïve to say that because it was unnecessarily. You see it was almost like somebody who feels like he was being push by party apparatus to fill the place with party people but even if that was the problem I think he could have put it better,” he said.

Dr Wereko-Brobbey made the comment in an exclusive interview on State of Affairs on GhOne TV on Thursday, June 10 monitored by GhanaPlus.com.

READ ALSO:  Health Minister is pretending to be working and he is being paid for absolutely no work done – NDC Communicator

Ken Attafuah did not speak well

He maintained the NIA Boss could have done a lot better with his choice of words adding the comment put the President in an embarrassing situation.

“I think he could have put it better there is a theory and there is always the reality. The way he put it was almost like the President has told me to exclude party people. I think he could have better said the President have asked me to make sure those who are recruited are fit for purpose are qualify to do what they are suppose to do regardless of party colour and that is what I intend to do. After all he doesn’t owe his job to NDC. He held the position before, when the NDC came to power they kick him out of the position, he was put back by the NPP so there is a certain political reality,” he said.

“But I think he did not speak well, I should have first of all not put the president in a very embarrassing position by simply say that my brief is to make sure that whoever comes to work for the NIA is capable, qualified and has been presumed to be able to do the job he supposes to do,” Tarzan added.

Akufo-Addo instructed me not to employ party members

Prof Ken Attafuah, a Chief Executive Officer of the National Communications Authority was reported to have said in a radio interview that the President, Nana Addo Dankwa Akufo Addo had instructed him not to employ executives and members of the governing New Patriotic Party(NPP).

The comment had received series of criticism from members of the NPP with many calling for his head.