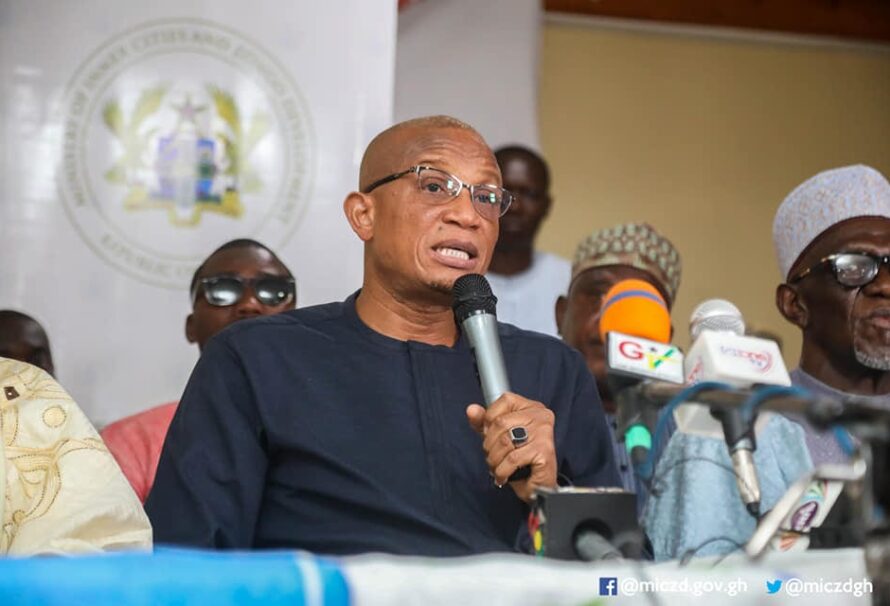 According to the Deputy Campaign Chair Dr. Mustapha Abdul-Hamid, the NPP was a pro-people party and government whose sole aim was to enrich the lives of citizens and the security forces.

Dr. Abdul-Hamid speaking at a press conference in Accra yesterday stated that the accomplishments made by the NPP in its first term could not be compared to any party in the fourth republic.

“We are ready for the elections and we will win. Look at our message, reflect on the government that has given you resources to work and better your lives.

“NPP is the only one serious about equipping the security agencies and improving the lives of Ghanaians and we know that we will win by 10 percent because of the volume of work we have done and the benefits brought to Ghanaians,” he added.

Dr. Abdul-Hamid who is also the Minister for Zongos and Inner City Development noted that the achievements of the NPP such as free maternal care, NHIS, the school feeding programme, one district one factory, one district one warehouse, free SHS, one village one dam, Zongo development, and metro mass transit were a huge success and contributed to the immense growth of the country.

He added that President Nana Addo Dankwa Akufo-Addo toured the whole country each year throughout his term in order to listen to the needs of the people and to bring solutions to them.

“Through his touring, he has instituted and completed numerous projects that aimed at improving the economic status of the country as well as the people,” he added

Dr. Abdul-Hamid chastised the National Democratic Congress (NDC) for throwing mud and spewing lies about the NPP as a way to save their failed campaign.

According to him, the NDC has realised that they were losing and are resorting to underhanded tactics in attempts to sway public opinion.

“You continue to produce doctored documents and videos and are claiming ownership of initiatives you did not start, but it will not work,” he added.

Dr. Abdul-Hamid stressed that the NPP was the only party that had initiated programmes that benefited the wellbeing of the people, adding that, “the NDC continues to claim our projects such as the free SHS despite their heavy rejection when it was first introduced even to the extent of going to the supreme court to stop the implementation”.

“The claim by former President John Mahama that he brought free SHS is just shameful,” he added.

Dr. Abdul-Hamid concluded by urging Ghanaians to vote based on the verifiable achievements the NPP had made and on the many developmental changes that had transformed the country to its present state.