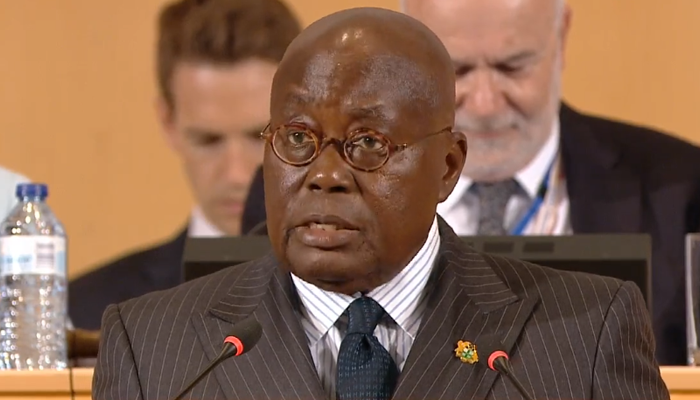 Chairman of the Economic Community of West Africa States (ECOWAS) and President of Ghana, Nana Addo Dankwa Akufo-Addo has finally responded to calls by Ghanaians to speak to Nigeria’s police brutality crises.

According to him, violence in any form, either by the police or the protester could not be the solution to the development which had claimed lives and saw many others injured hence the need for calm and dialogue to resolve the people’s demand for an end to the Special Anti-Robbery Squad #ENDSARS

He noted that he had had talks with the Nigerian President Muhammadu Buhari and the process had begun to end the impasse in the West African country.

“I join all well-meaning persons in calling for calm and the use of dialogue in resolving the #EndSARS impasse in Nigeria. I have spoken with President Buhari, who is committed to this end, and has begun the processes that will lead to reform”.

“Violence, be it on the part of the Police or protesters, cannot be the solution. To the families who have lost their loved ones, I express my sincere condolences, and I wish the injured a speedy recovery”, Nana Addo added.

Social media went bizarre yesterday, October 20 after a peaceful protest to demand an end to police brutalities went sour at Leki, a city in South-East of Lagos State, Nigeria when police opened fire on unarmed protesters.

The development which was reported to have occurred at about 7 pm saw many injured while others lost their lives in the process.

The development sparked a public outcry with many Ghanaians calling on the President, Nana Addo Dankwah Akufo-Addo who also doubles as the Chairman of ECOWAS to speak.