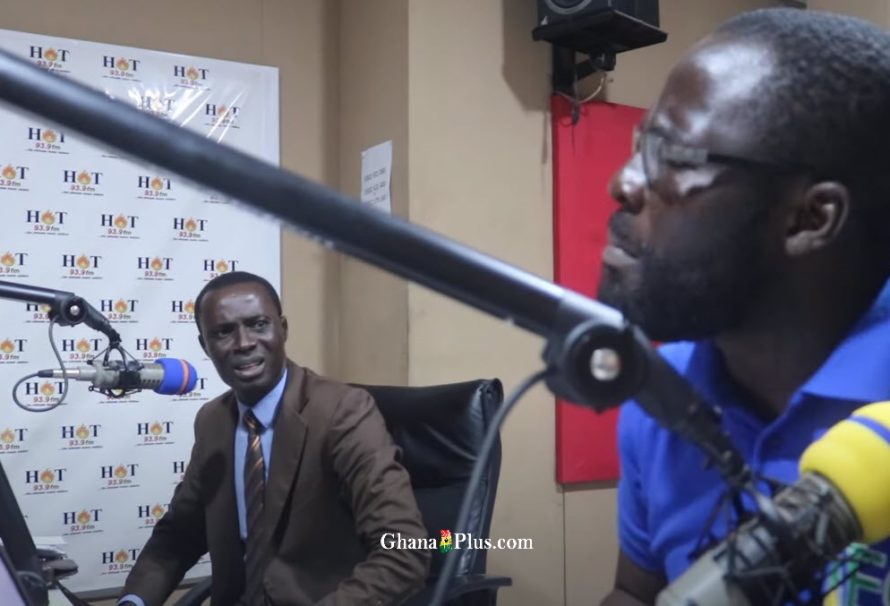 Engineer Nana Afrari Kwagyir Aggrey a member of the Communication team of the ruling New Patriotic Party (NPP) has stated that he stands wholeheartedly behind the statements he made towards late ex-President Prof. John Evans Atta Mills and running mate of John Dramani Mahama for the 2020 polls, Prof Jane Naana Opoku-Agyemang.

His belief is that he is a member of the current administration and therefore had the right to make such statements and would not be persuaded to retract them.

Ranting on Hot 93.9FM’s ‘Dwenehobiom’ Political show with the host Chairman K.K and a member of the communication team of the opposition National Democratic Congress (NDC), Tomtom, the NPP communicator, amidst stating that he was pursuing his Master’s degree expressed disdain towards the late ex-President and Prof Jane Naana Opoku-Agyemang.

READ ALSO:  Embarrassing as under 10years girl and boy grind each other in the full glare of adults

Likewise, he also belittled and ridiculed their achievements over the years, adding that the late ex-President could not properly pronounce the word ‘Economy’.

The NDC Communicator, out of anger from the ridicule being thrown towards the late President and party member demanded the NPP communicator to show respect and apologize for his unjust and unruly actions.

There was heated argument between Nana Afrari Kwagyir Aggrey and Tomtom, NDC Communicator

According to Tomtom, it was inappropriate and uncouth for the NPP communicator to speak ill of the late ex-President and the running mate of former President John Dramani Mahama.

Tomtom made an allusion to the high school students who insulted the President insisted furiously that if the public sees that action as disrespectful, then the NPP communicator must take back his comment.

However, to the dismay of listeners and the host Chairman K.K, the NPP communicator, justified his statement by saying that, “I’ll never withdraw my statement because the ruling government is my government, so how can someone who is not in power ask me, whose government is in power, to retract my statement?”.