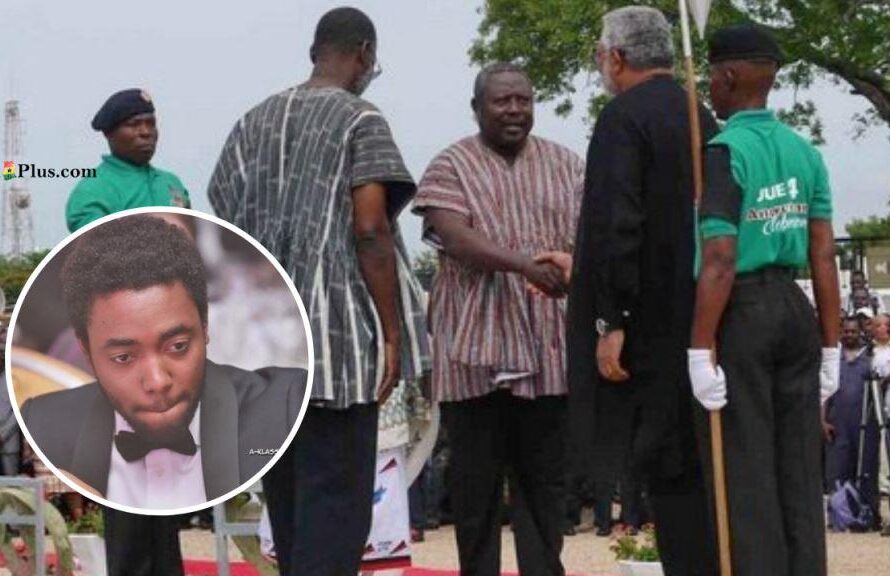 The son of the late President, Jerry John Rawlings, Kimathi Rawlings has reacted to the resignation of the Special Prosecutor, Mr. Martin Amidu in a post shared on his Twitter page yesterday, November 16, 2020.

The son of Ghana’s political icon known for the principles, probity, and accountability in a tweet said Mr. Martin Amidu doesn’t have to keep the company of dishonest people against his father profound principles of probity and accountability adding that his integrity count.

Kimathi Rawlings shared the post together with a picture in which his late father and the and the immediate past Special Prosecutor were in a handshake at an event believed to be the June 4 celebration parade.

“Your integrity speaks a lot, don’t keep the company of dishonesty against probity and accountability,” his tweet reads.

Your integrity speaks a lot, don't keep the company of dishonesty against probity and accountability.

In another, the late J.J Rawlings son tweeted, “When the security man realises the Landlord is the real thief, he flees”.

When the security man realises the Landlord is the real thief, he flees.