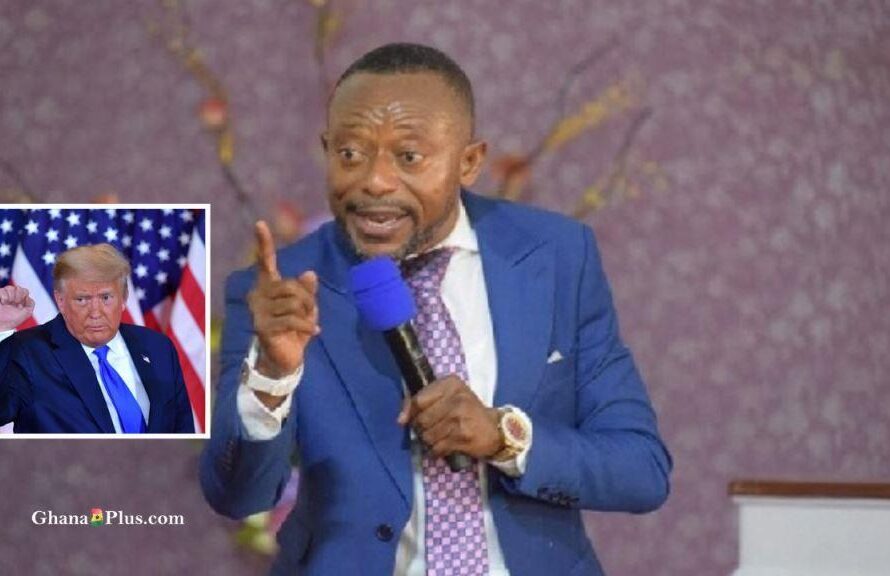 The Founder and Leader of Glorious Word Power Ministry International, Rev. Isaac Owusu Bempah has said that a win for the US President, Donald Trump in the ongoing election would be of great help for the Christian community worldwide.

According to him, Trump’s tenure of office had been ordained by God to fulfill a prophecy written in the Holy Books long ago before his reign adding that his role in moving Israel’s capital from Tel Aviv was one of them.

“The American presidency is very significant in the sight of God because when Trump came into office, God used Trump to fulfill a long written prophecy about Israel by moving the capital of Israel from Tel Aviv to Jerusalem. It was a written prophecy that God used him to fulfill”.

The Ghanaian Man of God known for his successful predictions on elections noted that although there were some impediments on the path of the US president leading to the elections, those hindrances had been dealt with through his prophecy which the US statesman obeyed.

“Because he had acted on the prophecy, he will win the US elections, if he wins, it will help Christianity and it will help for some of God’s purposes to be fulfilled” he added.

The US president in May this year supported Israel in moving the country’s capital from Tel Aviv to Jerusalem, a promise he made to Israel in a campaign prior to his ascendancy to the US presidency.

READ ALSO:  I will burn down my church and kill myself if Akua Donkor becomes President

He also moved the US Embassy in Tel Aviv to Jerusalem as he promised.

Israel and Palestinians Conflict on Israel

Jerusalem has been in contention between Israel and Palestinians since the mid-20th century over who owns control of the region with rich religious, cultural, and historic prominence to the world over.