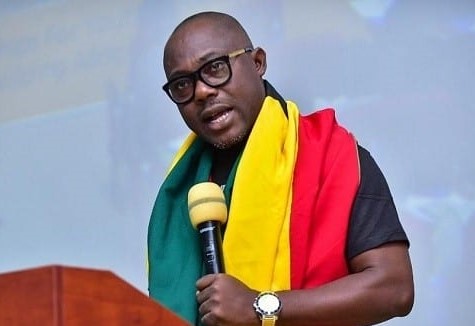 Don’t tell me ‘do or die’ is an English language – Prof Gyampo tells Mahama, NDC

A Senior Lecturer at the Political Science Department of the University of Ghana (Legon), Professor Ransford Gyampo has rubbished the English language explanation being made by the opposition National Democratic Congress and its 2020 flag bearer over the do or die comment .

Speaking on TheKeyPoint on TV3 on Saturday, September 11 monitored by GhanaPlus.com he said no one should tell him, do or die was an English language because the language is not a Ghanaian language.

He said the language, despite being in the dictionary was subject to interpretation depending on the contest within which it was said.

“Now NDC, you took President Akufo-Addo to cleaners when he use all die be die, you said all manner of things, now we are drawing your attention to the fact that what you said is susceptible to misinterpretation and said!… don’t tell me is English language.  Because it is not your language. English is not our language, let us be truthful to ourselves,” he said.

2024 elections would be a do or die affair

He made the comment while reacting to the ‘do or die’ comment made by the former President and 2020 flag bearer of the National Democratic Congress, Mr John Dramani Mahama.

Mr Mahama, while on a Thank You Tour at Techiman in the Bono Region said the 2024 elections would be a ‘do or die’ affairs.

That he said was because the party had learnt from the 2020 experience which saw him and the party in the Supreme Court of Ghana, challenging the outcome of the elections hence they would do everything possible to secure their votes at the polling stations and the collation centers.

The comment however, did not go down well with many Ghanaians and had since been widely condemned across board.

Do or die is an English language, idiomatic expression

In responds to the condemnations, however, he said the word was an English idiomatic expression and simply means one had to do what he had to do or perish hence he would not retract.

He explained in a video sighted by GhanaPlus.com that the 2020 elections were flawed and they let go upon the Supreme Court ruling so the party would do the needful at the polling stations and the collation centers to secure their vote come December 2024.

“In English we have idiomatic expression, those who quit school early, don’t understand idiomatic expression. Do or Die means  a critical assignment you have and you must do the needful or perish so what I am saying is that NDC we should not wait and go to the Supreme Court again, what we have to do at the polling stations and the collations centers we must do and so I don’t retract”.

Same tales has been told by the party’s communicators all across the country.