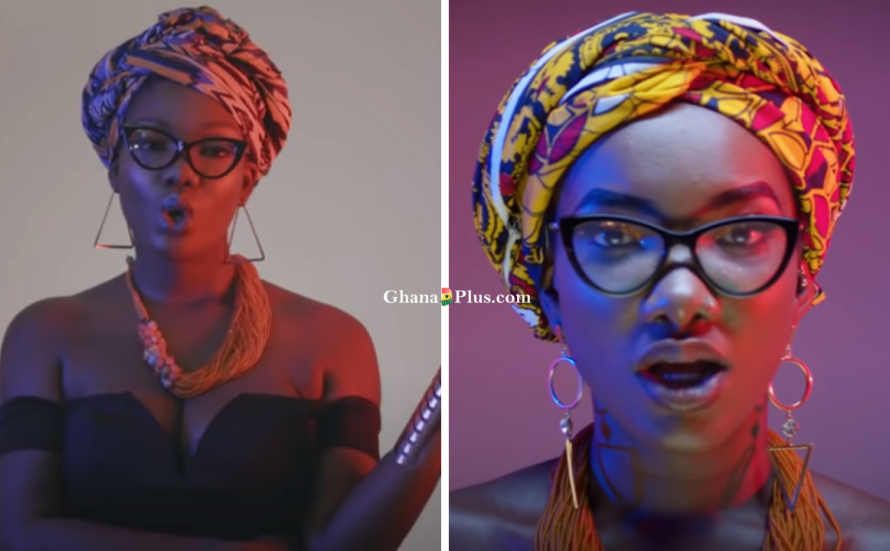 The musician mostly referred to as Ebony look-alike due to some resemblance shared with the late RuffTown Records signee, release the new video of the single on her Iona EP on Saturday, October 24.

She wore headgear and marching spectacles similar to that of the Maame Hw3 hitmaker.

Iona also wore a black dress and accessorizes it with huge earrings, arm bangles, and beads neckpiece just like Ebony Reign in her award-winning Maame Hw3 which talks about domestic violence.

The native of both Central and Eastern Region was also in a much sober and troubled mood just as depicted in the RuffTown Bullet’s composed Maame Hw3.