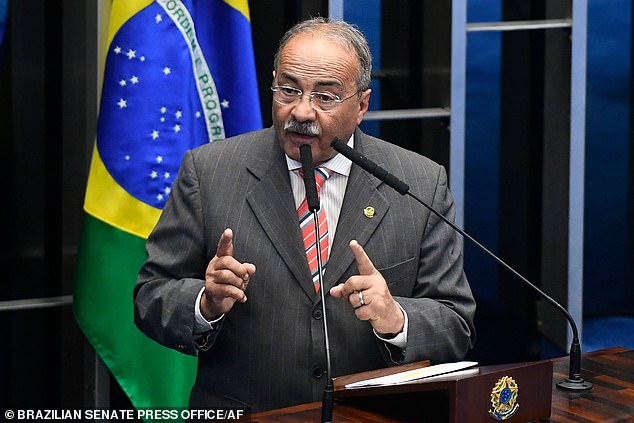 Brazilian Senator of Roraima, Francisco de Assis Rodrigues was found hiding cash 'between his buttocks' at his home

Brazilian Senator of Roraima, Francisco de Assis Rodrigues popularly known as Chico Rodrigues has been reportedly caught hiding money between his buttocks during police investigations into misappropriation of Covid-19 funds.

The 69 years old, far-right allied of the country’s President, Jair Bolsonaro, police officials said hid a whooping 30,000 reais (more than £4,100) in cash in his underpants, including “between his buttocks when police raided his home in the northern state of Roraima, Brazil on Wednesday, October 15, 2020.

The investigations, the Brazilian federal police have revealed, was part of plans to dismantle a ‘possible criminal scheme diverting public funds aimed for the fight against the covid-19 pandemic outbreak in the Roraima state.

I did nothing wrong, Chico Rodrigues

Dailymail.co.uk report said a statement issued by the politician with over 29years of experience in politics made no mention of the cash or where it was found.

He indicated that “the police ‘did their job carrying out a search as part of an investigation in which I’m cited”.

However, he complained that his home was ransacked for just doing his job as a legislator adding that he did nothing wrong.