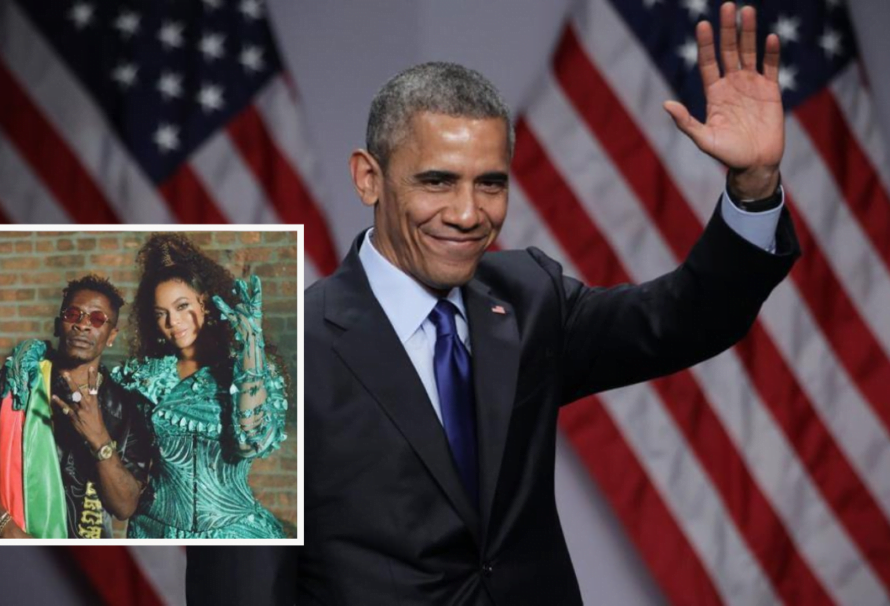 The international popular song also featuring Ghana’s Dancegod Lloyd, a lead dancer in the video of the song released a few weeks ago, made it to the annual playlist of the former US statesman together with 53 other international act.

Ex-President Obama shared this year’s playlist on his twitter handle on Monday, August 17, 2020.

“Over the past few months, I’ve spent a lot of time listening to music with my family. I wanted to share some of my favorites from the summer – including songs from some of the artists at this week’s @DemConvention. Hope you enjoy it“, Obama captioned the 53 playlists.

The summer playlist is an annual ritual by the former US president, Barack Obama. In the list, the former US statesman shares and celebrates popular hit songs across the globe.

The practice which has become regular since his stay at the White House from 2009 to date also celebrates Obama’s love for all genres of music across the world including those from Africa.

Nigerian Artist on the playlist

WizKid made it with his single ‘Smile’ featuring H.E.R., Burna Boy made it on Jorja Smith’s ‘Be Honest’ while , Davido and fast-rising singer, Tems made it to the list with Khalid & Disclosure’s “Know Your Worth“.

Nigerian-American born rapper, Chika also made it with her hit single “Crown”

Shatta Wale, WizKid, Burna Boy, Davido, and Chik made it on Obama’s 2020 playlist.

Others on the Playlist

Others included on the list are America’s biggest tracks of the year, Eilish’s “My Future” and Megan Thee Stallion’s “Savage” remix with Beyoncé, Khalid, and Disclosure’s hit “Know Your Worth“.

READ ALSO:  I have learnt my lessons - Controversial Counselor Lutterodt

Rihanna and Drake’s 2016 blockbuster “Work” and Jennifer Hudson’s “Feeling Good“, throwbacks, including Otis Redding’s “These Arms of Mine,” Bob Marley and The Wailers’ “Could You Be Loved” and Outkast’s 1998 track “Liberation,” were all featured in the 2020 summer playlist.

Some artists featured on the lists have already reacted to the news and expressed their appreciation to Obama for the gesture.

Over the past few months, I’ve spent a lot of time listening to music with my family. I wanted to share some of my favorites from the summer––including songs from some of the artists performing at this week’s @DemConvention. As always, it's a mix of genres that travels through various eras. I think there's something in here for everybody––hope you enjoy it.